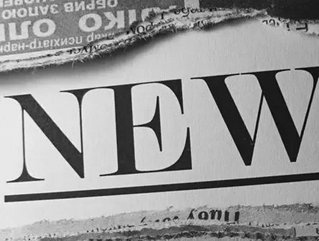 As we near the year’s end, many take a look back on their experiences throughout the year. As a country, the US, still amidst its recovery from the global economic recession, has seen a turbulent year. News topics ranging from the London Olympics to gun violence in movie theaters made headlines across the country.

The World Almanac has taken a look at important news over the past year and compiled a Top Ten News Topics of 2012. Included in its upcoming The World Almanac and Book of Facts 2013, available December 4th, the top ten news topics reveal an interesting summary of the news that was most important to Americans in 2012.

The Top Ten News Topics of 2012 are as follows:

President Barack Obama won the 2012 US Presidential race over the Republican candidate, former Massachusetts Governor Mitt Romney. The final electoral count totals were 332 for President Obama and 206 for Romney. In popular vote terms, President Obama won 51% over Romney’s 48% which was a closer race for Obama in comparison to his 53% against McCain in 2008.

The US Supreme Court upheld the Patient Protection and Affordable Care Act in a 5-4 ruling held on June 28th. This law, introduced in 2010, was designed to extend healthcare coverage to an estimated 30 million uninsured Americans.

The US consulate in Benghazi, Libya was attacked September 11th in what was labeled as a terrorist attack by US officials in which four Americans, including the ambassador to Libya Christopher Stevens, were killed. Other Middle East news included the Syrian civil war in which more than 36,000 Syrians have been killed in escalating violence by October 2012. In Egypt the populace elected on June 16th and 17th Mohammed Morsi of the Freedom and Justice Party as President.

At 8 pm on October 29th, Sandy, a post-tropical storm, hit the New Jersey coast around Atlantic City. The storm wreaked havoc on surrounding ears including a storm surge that flooded towns on the New Jersey shore, areas of New York City and other Northeast communities. Many Americans suffered from power outages, some for more than a week, while outages brought New York City transportation to a standstill for days.

Indicators in the US have shown that the US economy is in a slow recovery from its sever recession of 2007 to 2009. The Department of Commerce estimates the US economy grew at an annual rate of 2% in Q3 of 2012. The US unemployment rate still remained high, holding above 8% for most of the year until it dropped to 7.8% in September.

8.       US Drawn Down Troops in Afghanistan, Confronts Iran

Defense Secretary Leon Panetta announced September 21st that the US had completed its withdrawal of the 33,000 “surge” troops sent to Afghanistan in 2010 sharing that a total of 68,000 troops remain. The US has a timeline from the Obama administration to remove all US forces from Afghanistan by 2014.

Issues with government debt and slow or stagnant economies have continued to hinder some of the members of the European Union, specifically Greece, Spain and Italy. Greece was given a 130 billion euro bailout to restructure its debt, a plan agreed upon by the EU finance ministers on February 21st. Elections in Greece on June 17th ensured the country would be led by a government that is committed to keeping the nation in the eurozone as well as applying financial aid measures. The Greece and Spain governments reduced spending drastically which contributed to the 25% unemployment rates in the summer and fall of 2012.

Former Penn State assistant football coach Jerry Sandusky was convicted on June 22nd of sexually abusing 10 boys over a 15 year period. This abuse was revealed to have taken place at times on university property. Sandusky was sentenced to 30-60 years in prison. In an investigation by Penn State’s board of trustees, it was found that university officials and head football coach Joe Paterno had concealed Sandusky’s activities to avoid a football scandal. Paterno was dismissed by the university on November 9th, 2011 and he died on January 22nd, 2012. The NCAA fined Penn State $60 million, voided the football team’s victories for the past 14 seasons and barred the team from postseason play for the next four seasons.