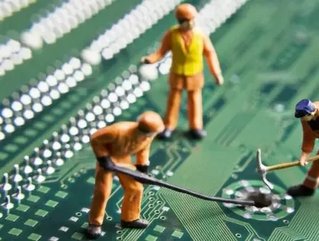 Today Yahoo’s CEO Scott Thompson released the company’s new strategy and reorganized structure which includes a major overhaul of the divisions of the company including the cutting of the entire centralized products group.

The Internet technology company is struggling to regain its long past glory days as Google Inc dominates the search engine and Internet technology marketplace. Past measures taken by Yahoo to recoup its losses and get back on the technology business horse have included shakeups at the top with the firing of CEO Carol Bartz and the resignation of founding CEO Jerry Yang as well as a layoff of 2,000 people announced last week.

This morning Thompson sent an internal email memo outlining the company changes, read the full email on AllthingdD.com. Later on today, the full details of the structural overhaul will be discussed at an all-Yahoos-on-hand meeting.

The three new divisions will be consumer, regions, and technology, defined by Kara Swisher, of Allthingsd.com as being media, connections, and commerce. The media group will be under the leadership of Ross Levinsohn and the connections group under Shashi Seth and the departments will became effective May 1 2012.

The old products division has been done away with and the Chief Product Officer Blake Irving has resigned--out with the old and in with the new.

Research in Motion-Will is Survive 2012?

Thompson strikes a note of immediacy with the very first line of his memo: “It’s time for Yahoo! to move forward, and fast. And as we do, I want every one of us to keep one thing top of mind: what we do is about our customers, not about us.”

"To be very clear, our highest priority is winning in our core business, and that will earn us the right to pursue new growth opportunities…Ultimately, only our customers will decide whether we win or lose in the market."