The Year of Marissa Mayer 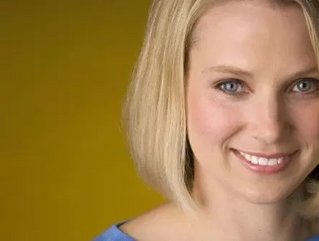 Marissa Mayer loves to shop. During her one- year reign at the helm of Yahoo, the Company has purchased a staggering 16 startups. Mayer didn’t even begin her shopping spree until she had already been CEO for three months. You do the math.

Since her third month, Yahoo’s acquisitions have been at a hurried pace. The Company sometimes announced two purchases in a single day, or six in one month.

S&P Capital equity analyst Scott Kessler says, "It is just astounding how truly active Yahoo has been on the M&A front,"  he goes on to say, "They're mostly buying very small companies, but still - I don't know that any other company has matched this pace of buying."

Mayer gained inspiration from her former employer, Google. The company would often purchase small companies in order to take advantage of the talent pool. Mayer’s continued that strategy with Yahoo in order to turn the struggling tech giant around.

CNN Money says, “…the trail of purchases offers a glimpse at how she views the company's future.”

Mayer is remaining extremely focused on mobile as smartphones and tablet computers continue to sell at a rapid pace. Nearly all of the startups that Mayer purchased were focused on mobile content, apps and services.

"[Mayer] is pulling in people who are excited about mobile, people who want to build a winning culture," said JMP Securities analyst Ron Josey. "Yahoo needs that badly. That cannot be understated, given that [Mayer's] main strategy is to make Yahoo a company that builds products people are excited to use every day."

Yahoo remains interested in these companies because of their engineering talent. Yahoo shut down all but three of the 16 companies it bought this past year, and many of the teams joined the Company’s mobile staff. (Only blogging platform Tumblr, gaming infrastructure creator PlayerScale and video app Qwiki have survived.)

"If you think about the direction of the Web, these are all huge areas," says Kessler"This isn't about just acquiring staffers - this is about using these companies' technology to enhance and improve what Yahoo already has."

Mayer’s main strategy is to make Yahoo cool again with a major revamp. She has overhauled the corporate culture, and during the company's first-quarter earnings call, Mayer proudly announced that 14% of all hires during the quarter were "boomerangs," or people who had worked at the company previously.

"All of these, including the [startup acquisitions], are pieces of Mayer's overall plan to get employees, users and shareholders excited about Yahoo," Josey said. "It's a big challenge, and you need multiple approaches to really turn a company around."