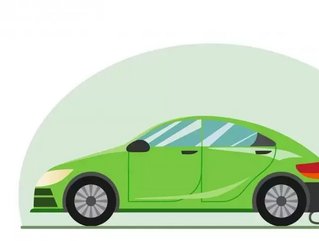 It was recently announced by Larry Bagnell MP that Yukon Government funds would be used to draw attention to the benefits of electric vehicles (EVs).

The Parliamentary Secretary to the Minister of Economic Development, Bagnell stated that CA$48,500 had been pledged to the cause in order to help Yukon’s citizens edge towards a zero-emissions future.

Combined with a contribution from the Yukon Transportation Museum, this brought the total funds raised for the EV Discovery Day to $97,000.

The event was held on 8 March 2020 and included panels on a variety of topics, including the performance of EVs during the winter, the differences in operation and pooled opinions from those who have already adopted the new technology.

The vision of an emission-free Canada

The Government of Canada has launched its Zero-Emission Vehicle Awareness Initiative, aiming to reduce overall GHG (greenhouse gas) levels 30% from 2005 benchmarks by 2030 and 100% by 2040.

Calling the purchase of a vehicle “one of the largest financial decisions” that Canadian citizens can make, the government believes that broad societal transformation will need to take place to convince the public to adopt them wholeheartedly.

“The lack of consumer awareness of EVs is one of the key barriers to adoption on a wider scale,” said the government on its official website.

“Given that EVs are fuelled and maintained differently, consumers need to be sensitized to how they work, and have proof that an EV can provide an equal or better driving experience and value, compared to a conventional vehicle.”

The country is aiming for an ambitious target of 100% EV sales by 2040; it is currently investing more than $300mn to build the charging infrastructure necessary to sustain the approximately 34mn vehicles that would need to exist in the event of a direct transition.

“Our territory has gone from three public electric vehicle chargers to 13, with more coming. This funding will help encourage the adoption and use of EVs in our northern climate and contribute to the growth of Yukon's green economy."