500 CEOs and their companies have joined The Valuable 500 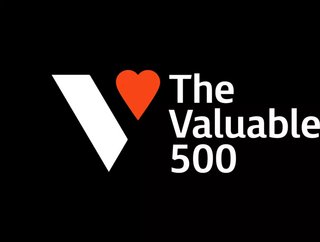 Following its launch at Davos in 2019, global initiative The Valuable 500 has reached its goal, of compelling 500 CEOs leading the world’s biggest companies to each make three critical pledges on disability inclusion.

This makes The Valuable 500 the world’s biggest CEO collective for disability inclusion, and with its heavyweight cast of players demonstrates the weight of the campaign’s reach and influence and ultimately paves the way for more promising prospects for the 1 billion people worldwide (15% of the global population) living with some form of disability.

Among the leading companies that have signed up to putting disability inclusion on their board agenda are 36 of the FTSE 100 companies, 46 of the Fortune 500 firms and 28 of the Nikkei, with all 500 organisations signed up boasting a combined revenue of more than US$8 trillion, and more than 20 million employees across 36 countries.

The business case for disability inclusion

This comes as organisations increasingly recognise the business case for disability inclusion. A 2020 study of 120 global brands found that 80% of respondents said being disability-inclusive gave them access to a ‘wider pool of talent’ along with improved sales and employee motivation.

IBM, which has been a pioneer in supporting inclusion and diversity in the workplace, has certainly witnessed the rewards. “IBM thinks about diversity the way we think about innovation – both are essential to the success of our business,” says Ginni Rometty, CEO, IBM. “When we innovate, technology becomes smarter for clients and creates new opportunities for growth. When we incorporate diversity into our business, we create better innovations and out-comes.”

And despite the evidence, just 20% of the brands surveyed in the 2020 study had a global strategy in place.

Now, new research from The Valuable 500 and Tortoise reveals that there are no executives or senior managers who have disclosed a disability in company reporting by the FTSE 100, while just 12% report on the total number of their employees who are disclosed as disabled.

However, the research also shows that this is set to change, with 16 of the 100 companies interviewed having set credible targets related to representation of people with disabilities, and even more are looking at putting these in place.

What have the 500 companies pledged?

All those signed up to The Valuable 500 have made public commitments to advancing disability inclusion within their organisations. And some have even set targets.

By 2025, Unilever says 5% of its workforce will be employees with disabilities, while Virgin Media has announced as part of its Meaningful Connections Plan a goal to “create hundreds more employment opportunities for people from under-represented communities”.

Allianz has committed to setting up the Allianz employee network for disability inclusion globally; and Deloitte has recently launched a new inclusion strategy focused on building a culture grounded in respectful everyday behaviours.

The next steps for The Valuable 500

But it doesn’t stop here. Reaching the goal of 500 was phase 1 of the campaign, and now phase 2 has been activated where the 500 organisations work together to make change really happen for disability in business.

Part of this includes 13 Iconic Leaders from across The Valuable 500 signatories to co-fund, co-build and co-test the programmes and solutions, using their industry experience to catalyse progress for the entire community.