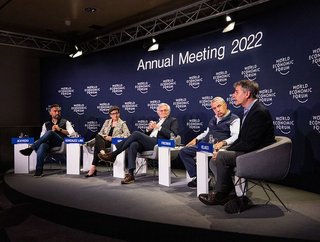 From climate change to health equity to the metaverse, here are the most significant initiatives and pledges made at last week’s WEF meeting in Davos

Global leaders gathered for the World Economic Forum annual meeting in Davos, Switzerland, marking the first physical Annual Meeting since the outbreak of the pandemic, and the first meeting of global climate leaders since COP26.

Ukraine, supply chain strains, record inflation and ESG were top of the agenda for the four-day meeting of some 2,500 global business leaders, politicians and experts.

Key topics addressed included the environment, in particular reaching net-zero and ESG metrics, the future of work, future pandemics, travel and tourism, and a need for unity following the Russian invasion of Ukraine.

Here, we highlight eight significant announcements made at the 2022 Forum, from alliances launched to initiatives unveiled in everything from health and technology to the environment and diversity inclusion.

Pfizer has upped its commitment to bridging the global health equity gap by announcing it will provide all its current and future patent-protected medicines and vaccines available in the US or the EU on a not-for-profit basis to 45 lower-income countries, giving 1.2bn people access.

Among the countries set to pioneer this new Accord for a Healthier World are Rwanda, Malawi, Uganda, Senegal and Ghana. Of this new approach to healthcare, Bill Gates, Co-Chair of the Bill & Melinda Gates Foundation said: “We think that this is a great model – not only will it get medicines out there – but we can also learn from these pioneering countries and apply lessons learned before expanding the Accord.”

While the First Movers Coalition has now achieved 50% of global GDP commitment in its efforts to decarbonise the global economy, it still has much work to do. John Kerry, Bill Gates, Brad Smith, Mikael Damberg, Marc Benioff and Ruth Porat joined WEF to launch a major expansion of the First Movers Coalition – adding companies, countries and sectors.

The coalition, a US-spearheaded global initiative, harnesses the purchasing power of companies to decarbonise seven ‘hard to abate’ industrial sectors that currently account of 30% of global emissions, including shipping, aviation and chemicals. The 50-plus companies that make up the Coalition, which represents more than US$8.5 trillion of market capitalisation, are urging ambitious corporate purchasing pledges across heavy industry long-distance transport, and the commercialisation of zero-carbon technologies.

Among new joiners are eight countries, including Denmark, India, Italy, Japan, Norway, Singapore, Sweden and the UK, and new companies, including EY, FedEx, Ford Motor Company, PwC, Schneider Electric, Swiss Re and Vestas, among others.

The WEF launched the India chapter of the Alliance of CEO Climate Action Leaders, an alliance founded in 2014, with the ambition of supporting businesses of all sectors to align their actions with the Paris Agreement. In line with the updated science, its ambition is now alignment with the Agreement’s 1.5C pathway and transition to a net-zero world.

With the addition of India, the Alliance moves from 92 company signatories to 104, with the India chapter bringing together the government, businesses and other key stakeholders to deliver against India’s own 2070 net-zero target, set last autumn. With the India chapter, the Alliance now represents businesses collectively generating more emissions annually than the EU.

The EDISON Alliance for digital inclusion launched a new programme to accelerate digital inclusion in the ‘life critical’ sectors of health, education and finance. A network of ‘lighthouse countries’ including Bahrain, Bangladesh and Rwanda will work with the UN Development Programme on the new initiative in their own countries with the aim of furthering the Alliance’s 1 Billion Lives Challenge vision of providing affordable digital solutions by 2025.

While Rwanda continues to move towards a cashless economy supported by mobile payments, Bahrain is prioritising digital inclusion in education to provide digital skills and literacy to empower women and girls to enter STEM careers, and Bangladesh is focused on delivering affordable digital education by equipping teachers with digital skills.

With more than a third of the world still offline and left behind, this new network of lighthouse countries will provide a platform for countries both to learn from each other, showcase their successes and access a global network of partners and resources to accelerate their national goals. 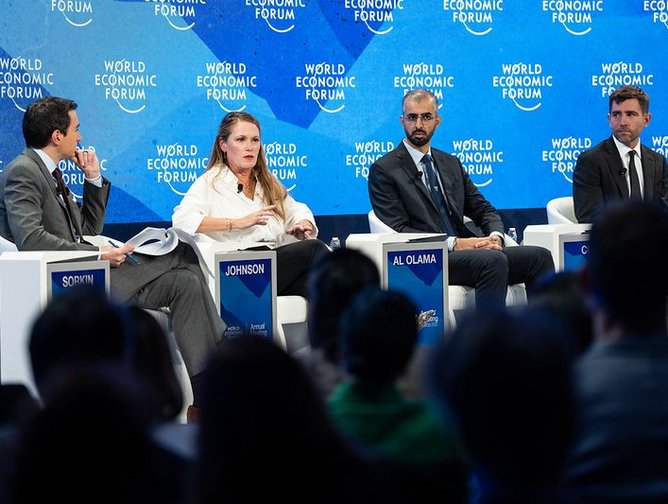 The WEF launches a new initiative designed to bring together key stakeholders to build an economically viable, interoperable, safe and inclusive metaverse. Titled Defining and Building the Metaverse, the initiative convenes more than 60 leading tech and other sector firms alongside experts, academics and civil society to both accelerate the development of governance and policy frameworks for the metaverse and to strengthen the economic and social value creation opportunities.

Not only does the initiative provide the industry with an essential toolkit for ethically and responsibly building the metaverse, but it helps ensure that “we can fully harness the vital medium for social and economic interconnectivity in an inclusive, ethical and transformative manner”, says Jeremy Jurgens, MD, WEF. This initiative comes as research suggests that the metaverse is expected to grow into an US$800 billion market by 2024.

In a landmark step, leading oil and gas stakeholders are calling for industry to come together to stop harmful cyberattacks, as the industry continues to digital revolutionise. The action is in response to major security breaches in the past two years that have highlighted the vulnerability of critical infrastructure. Cyberattacks on the Colonial Pipeline in the US in May 2021 and on European oil facilities in February 2022 forced the facilities to operate at limited capacity, causing huge economy and society-wide disruptions.

“As our world becomes more digitally connected, it is imperative, especially for our industrial and operational technology, to ensure our infrastructure’s secure and safe operation,” says Robert Lee, CEO of Dragos, which has signed up to the pledge. Some 18 companies convened in Davos to take the new Cyber Resilience Pledge, to mobilise global commitment towards strengthening cyber resilience across industry ecosystems, with organisations including Aker BP, Aramco, Petronas, Galp, Suncor, Dragos, Occidental Petroleum and Cognite.

Previously launched in Davos at the WEF 2019, the Valuable 500 – the largest network of global CEOs committed to disability inclusion – is furthering its disability inclusion ambitions with the launch of Generation Valuable, a programme designed to accelerate opportunities for people with disabilities to become the talented voices of tomorrow's C-Suite.

Designed to foster new perspectives, deepen understanding, cultivate growth and attack the challenges that rising disabled talent faces once they’ve achieved middle management, the programme will connect and incubate C-Suite talent with disabled talent. Each Generation Valuable participant will be paired with a mentor at C-Suite level in their organisation. The first cohort will consist of 75 rising stars with at least five years of experience, with mentor organisations including Deloitte, L’Oreal, Mahindra, P&G and Omnicom Group.

The WEF and the Digital Cooperation Organisation, an alliance that seeks to enable digital prosperity for all, came together to launch a pioneering new effort to facilitate cross-border investment in the digital economy. This new initiative on digital foreign direct investment, the Digital FDI initiative, will implement projects in several countries to help grow Digital FDI, as the reforms to attract such investment must take place at a country level.

The initiative will aim to identify and implement enabling reforms via public-private projects in emerging and developing countries. The first digital FDI project will take place in Nigeria, bringing together government and business to create a ‘digital-friendly’ investment climate.