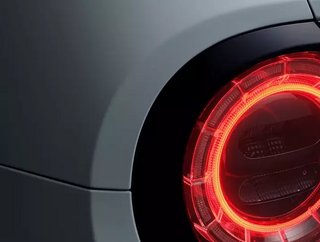 A multitude of North American automakers have announced public electric-vehicle targets—and with its 2024 Prologue model, Honda intends to follow suit

In a bid to develop its own cars by the end of the decade, Honda has announced that by 2040, 100% of its North American auto sales will be electric. This comes directly after the CEO of Honda Global, Toshihiro Mibe, announced that Honda would achieve carbon neutrality for all of its products and corporate activities by 2050. This is no shock wave—automakers across the world have seen the regulatory chips fall and realised that the future is electric. But Honda, in league with General Motors (GM), has refused to lean on hybrid models. Instead, it’s aiming to go 100% zero-emission electric.

The carmaker has some catching up to do. ‘We haven’t been perceived as leaders in recent years’, Gardner noted. ‘[But] we’re not neophytes in the electrified space’. And indeed, the company has championed some environmentally-friendly models of its own throughout its history: in 1997, it sold the EV Plus Electric; in 1999, it sold America’s first hybrid, the Honda Insight; and in 2002, it sold the first fuel cell vehicle for individuals, the Honda FCX.

According to the latest data from the U.S. Environmental Protection Agency (EPA), Honda has the highest average fuel economy and lowest CO2 emissions of any full-line automaker in the States. Though it’s long since decommissioned its EV Plus and Honda Clarity models, it seems prepared to jump back into the electric market—this time for good.

How Will It Manufacture the Next EV Models?

Although Honda is starting to develop batteries and other EV car components, GM will manufacture Honda’s first two electric vehicles. The Honda Prologue, for example, will be built from GM’s Ultium EV architecture and batteries and Honda’s interior designs. Dave Gardner, Executive Vice President of American Honda, projects that the company will sell anywhere from 40,000-150,000 Prologues per year once it goes on sale in 2024. Wrote the company: ‘A new era of electrified Honda vehicles is coming’.

According to Garder, the name Honda Prologue signals the role the car will play in meeting a zero-emissions future. It’s supposed to offer versatility and driving range on par with Honda’s current SUV lineup, but better—because it’s the first of many in the company’s upcoming EV series. ‘Our goal’, Garder remarked, ‘is to provide a highly competitive product with the functionality to meet the diverse needs of our customers’.

Led by its CR-V Hybrid and Accord Hybrid models, Honda just sold a record-breaking amount of electric vehicles in the first half of 2021. Originally, the automaker planned to integrate more hybrids into its lineup—read: half-electric stopgaps—but climate regulations have pushed the company towards 100% EV. As of April, Honda’s executive team announced that its sales would be 40% battery- or fuel cell-powered by 2030, 80% by 2035, and 100% by 2040.

But Honda isn’t the only auto company making grandiose promises. Next year, GM will release its 2022 Chevrolet Bolt, BMW will showcase its first 100% electric car, and Jaguar will start testing a hydrogen fuel-cell prototype. Mercedes will introduce 10 new EVs by the end of 2022. Nissan hopes to be on pace to sell 1 million hybrid/electric vehicles around the world by 2023.

Yet, the hare doesn’t always win the race. These major legacy automakers may make the first move, but if Honda can remain focused on achieving its electric energy goals, it stands a chance. According to Mibe, Honda sees the company’s environmental impact and driver safety as the two major challenges facing the company in years to come. It’s now formalised its commitment to the Honda-GM partnership. Said Gardner: ‘Our zero-emission focus has begun’.