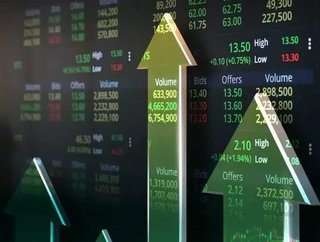 The second big player in the payments industry to issue a green bond, Mastercard continues to build on its social and sustainability commitments...

Building on its pledge to achieve net zero emissions by 2050 and commitment to bring 1 billion people and 50 million small businesses into the digital economy by 2025, Mastercard has issued its first-ever Sustainability Bond, priced at US$600 million at a fixed rate of 1.90%.

Mastercard is the second major player in the payments industry to issue such a bond, following Visa which unveiled a green bond back in August 2020.

Mastercard’s Sustainability Bond proceeds will support both “social and green initiatives to drive inclusive and sustainable growth for our company and the communities we serve around the world”, according to Michael Miebach, CEO.

The 10-year bond will pay interest semi-annually at a fixed rate of 1.90% and Mastercard expects to allocate the net proceeds from the Sustainability Bond to eligible initiatives within three years of the transaction.

Lat year, Mastercard reached a global milestone of achieving financial inclusion for 500 million previously unbanked people and further committed US$250 million to supporting the recovery of small businesses global and US$500 million to closing the racial wealth gap in the US.

On the environment front, as well as pledging to net zero emissions, Mastercard was first in the payments industry to gain Science Based Targets initiative (SBTi) approval for its GHG goals, aligning with the Busineess Ambition for 1.5C pledge. The company has also achieved its goal of 100% renewable electricity and is committed to regerow 100 million trees over 5 years through the Priceless Planet Coalition.

Rise of the sustainability bond

Broadening public awareness has made ESG topics increasingly relevant for North American banks, as regulators, investors, customers and other stakeholders increase their focus on banks’ attitudes and policies on climate change and economic inequality issues.

Payments giant Visa was the first digital payments network to unveil a green bond, back in August 2020. Priced at US$500 million, it is being used to finance an array of projects designed to reduce Visa’s greenhouse gas emissions.

In banking, Citigroup issued ts first USD-denominated benchmark green bond in May 2020, and in September 2020, JP Morgan Chase completed its in augural green bond issuance of US$1 billion bonds, while the same month Goldman Sachs issued its first-ever sustainability bond, valued at US$800 million, with proceeds used to finance loans and investments made in projects and assets such as clean energy, sustainable transport and financial inclusion.