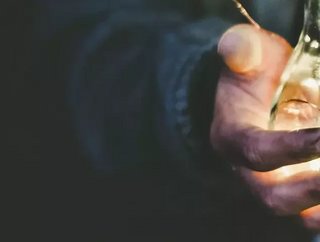 While North America excels in energy equity and security, its transition to renewables is less impactful, reports the World Energy Council and Oliver Wyman

The global energy sector is facing unprecedented change. Countries are striving to decarbonise and shape a more inclusive energy transition as they also recover from the economic shocks generated by the pandemic.

So, how is North America (US, Canada and Mexico) faring when it comes to the energy agenda?

While both Canada (6) and the US (9) rank in the Top 10 worldwide for energy equity, stability and sustainability, Mexico ranks less favourably at 43.

Energy Security in North America is considered a strength, with continued resource diversification a characteristic of all three North American countries – US, Canada, Mexico – and with Canada ranking top (1) in energy security performance.

Energy Equity remains a relatively low-profile policy issue for North America although there is growing recognition that some American consumers are having difficulty paying their energy bills and are being disconnected despite nearly universal access, historically low energy prices and, a recovering economy and decreasing unemployment. Having strength in energy security can be a block to achieving on sustainability, however, as Canada and the US both prove. Neither country ranks in the Top 20 of best sustainable energy performers in 2021. The fact that both have significant and diverse natural resources does mean there is less “economic incentive to explore other energy options’ though both do have ambitious climate change targets.

2021 marked the return of the US to the Paris Agreement, and the earmarking of US$1 trillion investment over the next five years with a target to cut 2030 US greenhouse gas emissions by 50-52% compared to 2005 levels. Despite this, the US remains polarised on the energy transition discussion with some states, like California, having adopted ambitious targets to achieve carbon neutrality by 2045, and other states doing very little.

Similar disparities exist within Canada where federal government is supportive of action on climate change, recently introducing new federal incentives for low-carbon investment, for example, while provinces with oil production are keen to maintain jobs. In 2021, Canada enacted its Net Zero Accountability Act, setting legal requirements to achieve net-zero emissions by 2050. The fact that Canada has significant and diverse natural resources does mean the it has less economic incentive to explore other energy options

Whilst Mexico has signed up to the Paris Agreement, it is yet to announce its programme on climate change and the country is “moving in a different direction by using more of its domestically produced oil in its power system while reducing renewables”. In fact, the government has prioritised energy self-sufficiency above sustainability, with investment focused on the modernisation of fossil-fuelled power plants and the construction of oil refineries at the expense of displacing renewable electricity.

That said, as significant energy producers and consumers, energy transition also offers major opportunities, a number of which are already being explored with the aim of accelerating energy transition. These include:

“With the Biden administration established and again part of the Paris Agreement, and all three countries emerging from the pandemic and economic lockdowns with post-pandemic economic recovery plans in implementation, the region appears to be more aligned on a coherent regional energy transition perspective,” the report concludes.