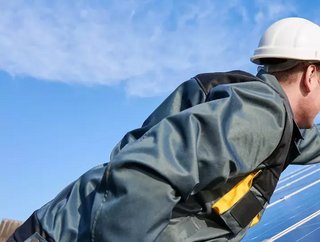 A report developed by the US Department of Energy was released on September 8, 2021, revealing the attractive potential solar power holds for the future of the US’s supply of electricity. The renewable means of sourcing energy was teased at being able to generate around 45% of the country’s electricity by 2050, in comparison to the dismal 4% it manages presently.

President Joe Biden has already announced plans for the US to revolutionise its sustainability efforts regarding sourcing energy in a more environmentally aware manner and he’s keen to play his part in aligning the nation’s goals with those of other international countries in paving the way for a more sustainable future. But as climate change continues to permeate every aspect of our lives, there’s little time to spare in making a decision and ensuring it’s the right one. So what will the future of the US energy landscape look like, and how is it planning to get there?

Achieving sustainable, renewable energy. But how?

To start, three routes have been laid out by the Energy Department’s Solar Futures Study:

In theory, both decarbonisation routes would require 1,050-1,570GW of solar power, taking up approximately 45% of the total predicted 2050 electricity supply. And considering one GW of generating capacity requires roughly 3.1mn solar panels, it’ll be an ambitious feat if achieved.

Energy could similarly be sourced from wind, nuclear, hydropower, and other sustainable methods, and the storage capacity of said energy should, optimistically, also grow alongside solar power potential.

Obstacles in the way and how to overcome them

Of course, generating such a large amount of energy isn’t without its difficulties. And the 2050 deadline doesn’t make this task any less daunting. In order to generate 45% of the US supply of electricity from solar power, the record-breaking deployment of approximately 1,600GW of solar generation would need to be achieved, a whopping 1,450% rise compared to the 103GW currently installed.

Nearly 80% of primary energy input to the US economy is covered by gas, coal, and oil. With such a high proportion of the country’s industries relying so heavily on fossil fuel energy, transforming the sector to adopt low to zero-carbon alternatives will take an immense amount of upheaval and effort. But President Biden believes that the Clean Electricity Payment Programme will pave the way for this energy revolution to begin, kickstarting a change in perspective regarding the future of the US energy industry and prioritising sustainability over more environmentally damaging and outdated alternatives.