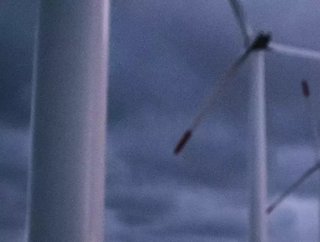 If there’s a big company with an extensive list of clientele that holds an expansive network of employees and a growing rate of production, chances are it’s only a matter of time before they’re forced to recognise the need to make an effort to reduce company-wide emissions in an effort to remain a prevalent global player.

That’s exactly what Canadian energy company TC Energy has done this week. The company has teased the possibility of a multi-billion dollar investment into reducing its emissions as the company makes the inevitable switch to renewable energy, following in the footsteps of many competitors within the energy sector.

As eyes narrow on companies that have yet to make adjustments to their business and production processes in an effort to reduce their carbon footprints, the race is on to secure sustainable deals - both for the future of the business and the environment - as customers and clients are increasingly taking emission-levels into account.

Being one of the biggest networks in North America, shipping oil and gas through roughly 100,000 kilometres of pipelines, TC Energy looks to lead others towards a renewable future as it sets in motion plans to power its pipelines with wind and solar sources of energy.

“We started with just our liquids pipeline, and it gives us really a lot of confidence that we’ll be able to pivot quickly to our natural gas pipeline business both in the US and in Canada,” says Corey Hessen, President of Power and Storage at TC Energy.

“TC Energy has a history of really going after and being successful with large-scale capital deployments for its infrastructure.

“It’s a big price, and it’s a really big opportunity.”

Canada’s oil and gas industry emits the country’s highest amount of harmful greenhouse gases through its production and logistics processes. The introduction of Canada’s ‘carbon price’ (currently C$40 p/t to be raised to C$170 p/t in the next decade) has the potential to make a sizeable dent in TC Energy’s finances should it fail to reduce its emissions, something which any company would understandably be eager to avoid.

In 2019, TC Energy’s scope 1 and 2 emissions from its oil and gas pipelines sat at a daunting 14 million tonnes, resulting in the company receiving C$69m in carbon price expenses. Yet, the company remains optimistic that it will eventually be able to reduce its carbon emissions to achieve a level under the set regulations across its assets in Canada, the US, and Mexico.

“It’s in their interest to green their portfolio and start this strategy now,” says IHS Markit Analyst, Kevin Birn. “The world is going to get more aggressive on climate policies, and that means carbon is going to be a cost.”

TC Energy hasn’t shied away from admitting its need to reduce its emissions to continue to be a global player. The company’s priority is now ensuring its US and Canadian pipelines are supplied by renewable sources of energy, a feat that would require an estimated 5 to 7 GW to power the entire North American network.

However, as with most big investments, it doesn’t come without its criticism. Martin Cobb, Senior Vice-President at Lorne Steinberg Wealth Management - which holds shares in TC Energy - believes the company’s focus would serve more purpose being invested elsewhere.

“Is it as good [a use of capital] as investing in pipelines, acquiring assets, or buying back shares? I suspect probably not.”

On the other hand, Cobb’s argument for new pipelines isn’t as simple as it may seem. Any possible pipeline plans now face opposition due to a rise in environmental concerns and government policies put in place to reduce fossil fuel reliance within the country. Pipeline production would undoubtedly be counterproductive to the country and company’s goals in reducing carbon emissions and fail to align with their sustainable outlooks.

Fresh face for the company and newly-appointed CEO Francois Poirier carries with him the hope for a cleaner, more eco-friendly TC Energy. As it looks to the future, the company also aims to begin two hydro-pumped storage projects, which will see water being pumped between reservoirs at various elevations to produce electricity.

“This is an opportunity, with a new chief executive, to say this is the new TC Energy,” says Brett Girard, Portfolio Manager at Liberty International Investment Management, another shareholder in the company. “They’re still going to be transporting fossil fuels but are trying to transition to a greener business.”

It seems the pressure is on for TC Energy to follow through with its renewable energy promises, to aid its image and to ensure it avoids carbon prices in the near future. With a new CEO, the company looks set to embrace change and make the necessary adjustments required to move with the times, ensuring targets are set, met, and surpassed in order to stay on the ever-changing global stage.