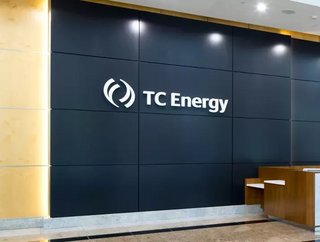 As Canada continues to raise the price of carbon emissions, pipeline operator TC Energy will explore using wind and solar as power sources

Sustainability and pipelines aren’t mutually exclusive, argues Canada’s TC Energy. The group is evaluating its options for switching its pipelines to renewable energy. If it follows through, it could improve its ESG metrics and potentially save money in the long term. If it doesn’t, it faces heavy carbon emissions taxes courtesy of the Canadian government. Given that the country has cracked down on carbon emissions, sustainable pipelines may be TC Energy’s best bet for the future.

What Is TC Energy?

A pipeline operator that owns nearly 100,000 kilometres of pipelines. That’s one of the largest networks funnelling through North America. In 2019, its Scope 1 and Scope 2 emissions—in other words, those that it either directly produces or are produced to supply TC with power—added up to almost 14 million tonnes. So...renewable power would be kind of a big deal.

Why Does It Want To Cut Emissions?

Under pre-existing carbon pricing programmes, TC Energy paid CAD$69mn in ‘carbon fines’ that year. With new regulations coming down the pipeline, its executives expect that eventually, all of its operations, from Canada to Mexico, will be taxed heavily by the government. By 2030, Canada wants to cut its emissions by 40-45% of its 2005 levels. To do so, it’ll more than quadruple the price of carbon per tonne.

In addition, TC has found that switching to renewables might cost less than it previously thought. When it put out a basic RFP in April to inquire about the cost of wind power, it received competitive offers. ‘It gives us a lot of confidence that we’ll be able to pivot quickly’, said Corey Hessen, TC Energy’s President of Power and Storage. ‘It’s a big opportunity’.

Sure, it’s a big opportunity. But it’s also a big cost. BMO Capital Markets estimates that converting its entire pipeline network would cost TC Energy several billion dollars. Several stakeholders, in fact, would rather that TC invest in new pipelines or return their hard-earned Canadian dollars. ‘Is [sustainable power] as good as investing in acquiring assets or buying back shares?’ asked Martin Cobb, Senior Vice President at Lorne Steinberg Wealth Management. ‘I suspect not’.

Yet with carbon taxes, Cobb’s proposed pipelines likely would cost more than they’re worth. It’s not an easy decision, but TC expects to make the final decision on how it powers its pipelines by the end of the summer. ‘The world is going to get more aggressive on climate policies’, explained IHS Markit analyst Kevin Birn. ‘It’s in [TC Energy’s] best interest to green its portfolio’.