1 in 4 Canadians Fear Losing their Job to Technology 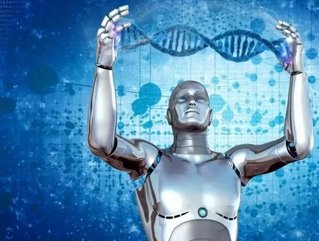 1 in 4 Canadians have reported they fear losing their jobs to technology, according to the survey distributed by Randstad, a recruitment firm.

In responding to these statistics, president of Randstad Canada, Tom Turpin said that such technological advancements would produce an array of new job opportunities, far more than the jobs that will diminish in the coming years.

“Computerization may have reduced the demand for typists and switchboard operators, but also increased the number of more highly skilled and computer savvy administrative assistants,” Turpin said in a statement.

Among the jobs created due to technological demand are app designers, digital marketing specialists, social media managers, software developers, computer system analysts, computer programmers, mechanical engineers, among others. The emergence in technology has also introduced a new platform for entrepreneurs to develop their own products using technology from home, allowing start-up companies to save money while they develop best-selling products or services.

Technology in the workplace has also allowed opportunities for businesses to increase productivity, which increases revenue in the long term. Though jobs may be minimized, the emergence of new jobs introduces opportunities for new careers to develop.

The results of the survey are not new fears. For decades, people feared that the emergence of technology would eliminate need for people in the workplace. However, technological advancements have instead created jobs in other sectors requiring more versatile skills that could be used in various positions.