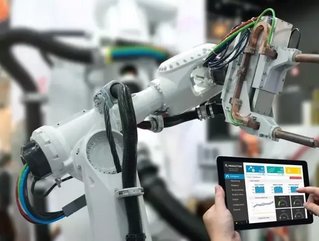 The Internet of Things is ready to take its rightful place at the forefront of business in 2018.

Or so it would seem: a recent report from Navigant Research claims that combined cumulative global revenue for Industrial IoT (IIoT) devices, software, and services is expected to total more than $1trn between 2017 and 2027.

IoT is essentially the glue which binds people, machines and data - so it’s no surprise to see it becoming a major point of focus for businesses around the globe.

The Navigant report also states that revenue from annual global shipments of IIoT devices is expected to grow from $47.9bn in 2017 to $129.3bn in 2027.

“The Internet of Things is fast becoming a reality around the world,” he says. “Both small and large devices will process payments for us. Our cars will automatically pay for fuel and parking fees, our smartwatches will pay for taxis and our smartphones will prove to be a universal tool to buy and pay everywhere.

“With that scenario in mind, payment will become a silent, smooth and automatic process.  Only payment methods that support this will have a future.”

But for the technology to become a truly global phenomenon, Gladis believes ensuring consumer trust is key.

“How do you want your car to pay for fuel? Credit card, PayPal or your company’s fleet card?  Handing that process over to our devices will be a big change in consumer behavior.

“New payment brands with no history or trust would keep consumers from embracing new technology and would slow the process down.  Established brands will probably make the decision easier.”

As a result, more and more organizations who are embracing IIoT are beginning to recognize the potential of leveraging the technology.

“We are starting to see more and more companies across the spectrum adopt IIoT strategies,” says Neil Strother, principal research analyst with Navigant Research. “They are deploying hardware and software platforms to help lower operational spend and to serve as a competitive differentiator that can help them sell products and services at lower costs.

At this moment, there is an argument that IIoT solutions appear somewhat overwhelming to deploy for managers unsure how to harness the array of technology choices. Industrial managers face additional costs, complex technologies, big data, and uncertain outcomes with the result being a confused potential customer base and a market which has both the desire and potential to grow more quickly.

Further research, from $7.4bn turnover IT services company HCL Technologies, drilled a little more deeply into these struggles. Their work, based on a Vanson Bourne survey of 263 organizations across Europe and the United States, found that as many as 49% of organizations surveyed are struggling to get off the ground with IoT, due to an uncoordinated and siloed approach, with 43% saying their customers will suffer as a result.

The findings of this report indicate that despite widespread acknowledgement of the potential benefits of IoT, many organizations are limiting its use to just one process or function, as opposed to a business-wide approach. According to HCL, this represents a major threat which could derail IoT projects by postponing the time-to-value, and thereby reducing the competitive advantage that businesses stand to gain.

Matthew Dunkley, a Director for IoT at Flexera who works with businesses to monetize their IoT investments, recently penned some notes around best practice for intelligent device manufacturers.

“Constant updates are now the norm – be it weekly, daily or even hourly.  Producers must absolutely do that to keep their software safe and secure and mitigate vulnerability risk.

“Companies making this transition are already reaping the rewards and commanding premiums. Why? Because they understand the power of their device is in the software, which includes all of the features buyers desire. And managing the software in devices requires a different way of looking at their entire business model.”

He expands: “Take software upgrade management, for example – the process of making sure customers have the latest and greatest technology powering their devices. IoT companies that think like software companies know they must manage the core processes (renewals, delivery of software and updates, maintenance and services). If they do not do this right, they will suffer from low renewal rates.

“For instance, IoT companies often do not have processes in place to manage the software lifecycle over time and drive renewals – meaning that end users are often unaware of available upgrades, or have trouble finding them. When that occurs, satisfaction falls.”

Customer satisfaction will be the key to making the technology more widely popular, particularly with end users.

The HCL report also pinpointed security concerns as being the principal reason as to why the technology has not been taken up more widely to this point. Indeed, 38% of respondents cited this as the primary barrier.

Global security company Forcepoint has just released its 2018 predictions, and the report asserts that because of the wide-scale adoption of IoT devices in consumer and business environments combined with the fact devices are often both easy-to-access and unmonitored, these devices are now a highly attractive target for cybercriminals wishing to hold them to ransom or obtain a long-term, persistent presence on the network.

Whilst ransomware of these connected things is possible, it remains unlikely in 2018.  The main new threat that will emerge this year is what the report is calling ‘the disruption of things’.  The belief is that, because the IoT offers access to both disruptive possibilities and massive amounts of critical data, we will see attacks in this area, and may also see the integration of a ‘man in the middle’ (MITM) attack.

In short, IoT will not be held to ransom but instead become a target for mass disruption.

“At the heart of our predictions is a requirement to understand the intersection of people with critical data and intellectual property,” said Dr. Richard Ford, Chief Scientist at Forcepoint. “By placing cyber-behavior and intent at the center of security, the industry has a fighting chance of keeping up with the massive rate of change in the threat environment.

“We know that data leakage and ransomware will continue to be the focus for remediation and prevention, but behavior-centric risks are now behind a multitude of security incidents.  People’s behavior should not be set in opposition to security: the two are not mutually exclusive.

“Users have the potential to unintentionally compromise their own systems in one minute and be the source of innovation in the next, but we can only empower users if we truly understand the ways they interact with critical business data.”

Caution must therefore be exercised by anyone in business who is choosing to embrace IoT.

Without doubt, the future of IoT is a positive, if uncertain, one. No doubt there are multiple barriers which will need overcoming if the technology is to reach its full, disruptive potential.