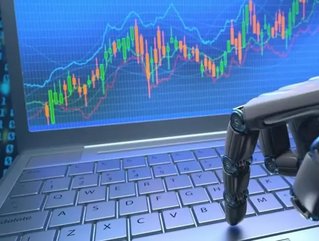 Vikram Pandit, CEO of the New York-based Orogen Group and former CEO of Citigroup Inc., has said that continuing developments in automated technology could lead to the disappearance of many banking jobs.

Pandit has predicted that as many as 30% of jobs in the sector could be lost to artificial intelligence, as banks continually look to utilise robotics to replace workers and cut costs.

“Everything that happens with artificial intelligence, robotics and natural language - all of that is going to make processes easier,” said Pandit. “It’s going to change the back office.”

Wall street’s top firms have already begun to use machine learning and cloud computing technologies to automate many processes, eliminating the need for workers.

A March 2016 report from Citigroup has already shown a decline in banking jobs, forecasting a similar future outlook for the industry, although the company expects a 30% loss in 10 years, not the five that Pandit has predicted.

Both Pandit and Citigroup’s views about the impact of AI on job losses are in line with that of Tesla’s Elon Musk and Facebook’s Mark Zuckerburg, both of whom have called for the idea of a country-wide universal base income in the US due to the growing realisation that continuing advancements in AI technology will continually displace American jobs.