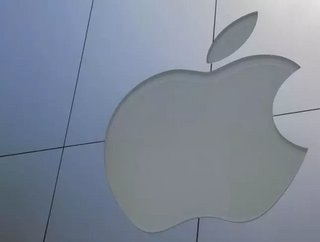 Apple, the most valuable company in the world, is holding its annual Worldwide Developers Conference through June 12 and the excitement can hardly be contained. Thousands and thousands of fans and developers have crowded Moscone West, in San Francisco, to learn what is new from Apple. So far, with more than a dozen major announcements, the IT giant is not disappointing. In this post Business Review USA shares five important announcements from The Verge’s own list.

Apple Music is finally here. It is a music streaming service released to much fanfare. For example, Drake made a cameo in order to promote Connect, an application that empowers artists to upload music and photos to subscribers. Tech Crunch has evaluated Apple Music by its strengths and weaknesses. Its first strength is that it’s on-demand streaming. “Music download sales are falling fast and streaming is quickly on the rise. Apple desperately needed to transition from its iTunes sales model to subscription streaming, or risk watching usage and revenue decay,” writes Tech Crunch. On the weakness side, there is the launch date. It was announced on June 8, but won’t be launched until June 30. We may have forgotten it by then.

El Capitan is what Apple has chosen to name OS X 10.11. It is not a redesign of the whole interface, but rather a modification of it. In Safari, you will now be able to “pin” sites. As a result, they’ll load immediately from the landing page. Also on Apple’s navigator, you can now mute audio tabs to avoid listening to unwanted music. Spotlight will allow you to search sporting event tickets and weather using natural language.

As with El Capitan, IOS 9 brings minor, but significant, modifications and not transformative change to the platform. In Notes you are now able to draw.  Passbook is now “Wallet” and Newsstand “News.” HealthKit can track more data, like UV exposure and menstrual cycles. On “low power mode” IOS 9 can extend your iPhone’s battery life by three more hours.

The revamped Siri will remind you of Google Now and Apple is dealing with this by playing up its privacy advantages. It promises that all of your data will stay on the phone and not the cloud. Siri will use the data on your iPhone to provide contextual advice and options. Siri may scan your email and put invitations directly into your calendar. It may automatically put on Zen music when you lay down in bed. Siri will now also suggest people to call, apps you may want to use, and breaking news you might be interested in — all based on your prior preferences and habits.

Just under two months after its release, Apple Watch has a new operating system. It’s watchOS2. Among its features are more options for watch faces, including “Time Travel,” which offers you an overview of upcoming events plus what’s going on in the present. You’ll be able to reply to emails in addition to reading them. Developers have more control. They can make apps that play back video and audio. There’s full support for HealthKit and HomeKit.