5 predictions in the tech, sports and media industries for 2018 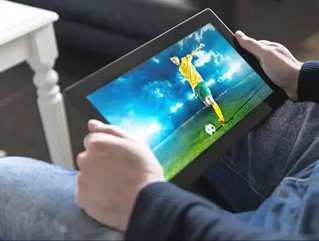 2017 saw online streaming services taking original content to a new level - 2018 is expected to see a drastic jump in spend toward original content. Case and point: Netflix alone is aiming to spend nearly $8 billion in the next year alone, up dramatically from the $2 billion it spent this year.

However, what we’re now starting to see - and what we’ll see more of next year - is the return to traditional models. Platforms like Netflix are increasingly beginning to pilot their own shows, posting content from week to week rather in bulk. I think this return to tradition will become the norm, rather than the exception in 2018. Despite online video being a digital medium, traditional TV models lend themselves to keeping audiences coming back for more.

As Facebook Watch and other social-based video platforms move into this space throughout 2018, we can expect a number of things to happen. Firstly, competition among platforms, namely YouTube, will increase. People already spend more time on Facebook than YouTube (7.8% vs. 5%, respectively), and Watch is yet another reason for people to stay logged into the network. Once Facebook has sufficient buy-in from its users, I believe we’ll start to see them make a move toward creating their own original content and ownership of hosting events, like sports or music events. At that point, we’re looking at social video competing with established players like Netflix or Hulu.

2018 is a pivotal, and potentially game changing year for sports rights in the UK. English Premier League rights are up for grabs once more and we will finally see an online broadcaster, such as Facebook or Amazon, bid for rights, and likely win a portion of these rights to show some games. With viewership numbers falling for the league, it makes total sense to finally go all in and sign a deal with an online platform to make sure it can recapture some of this lost audience.

This shift has been bubbling up over the last year, a, where Amazon won the bid to live stream NFL games and also outbidding Sky to secure ATP World Tour rights.

Video currently makes up 69% of all online traffic and this will only keep growing in coming years.

Due to its relative newness however, we’ll keep seeing the format evolve at a rapid pace, to keep up with consumers’ changing attitudes and behaviours. For example, this year alone we’ve already seen platforms, including Apple’s Safari, turn against the ubiquitous use of autoplay video, yet over 60% of digital publishers currently rely on autoplay capabilities for their video content.

To overcome these ever changing challenges, content creators  will need to be open and flexible when it comes to video. Rather than looking at the glass as half-empty, these challenges are an opportunity to re-vamp content strategies to keep up with their audiences, who will expect creators to keep pace with the times. Getting creative with content and making sure viewers have a reason to hit the play button will be more critical than ever to engage audiences and get them sharing content across their social platforms.

Whatever the purpose of your content, making sure it resonates is always a reliable way to ensure your video content is seen, liked and shared.

The end of the TV subscription is on its way, and next year will show this.

As more people opt for personalised streaming experiences rather than traditional TV programming, more players are emerging within the space, including the likes of Apple, Amazon and now Facebook. More and more competitors will keep springing up next year and consumers will have more choice than ever before.

However, this choice will be completely fragmented, as some platforms will have exclusivity over content, meaning no one streaming service will be able to cater to every consumer’s needs. Instead, we’ll likely see a rise in more niche streaming platforms to cater to increasingly diverse audiences.

However, next year will see this trend really accelerate especially for ‘near live’ sports highlights, whereby fans can watch online video of sports action, immediately after it happens. This type of short form content will become the new norm by which sports fans will not only watch sports, but also engage online.