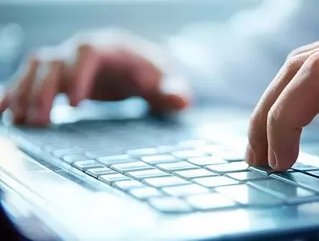 A new survey published by the Business Continuity Institute (BCI) in association with BSI has revealed that 65 per cent of organizations are extremely concerned or concerned about a cyber-attack in 2013.

The survey also reveals that 71 per cent see the use of the Internet for malicious attacks as a major trend that requires a business continuity response with 42 per cent seeking to manage the prevalence and high adoption of Internet-dependent services, such as the cloud, within their preparedness activities.

The Horizon Scan 2013 Survey Report is based on a survey of respondents from 730 organizations in 62 countries including USA, UK, India, China, South Africa, Egypt and Brazil. It concludes that the level of concern across sectors and geography over a cyber-attack is a major challenge for public policy makers and board rooms. More needs to be done to gain a better understanding of the threat and underlying trends that drive the vulnerability to ensure that a proportionate business continuity approach is in place.

The 730 organizations that participated in the survey were from sectors as diverse as financial services, public administration and defence, retail and manufacturing.

Further findings from the report, now in its second consecutive year, include:

“For the first time, we see a study that brings together short-term threats with the underlying trends that drive disruption. This provides business managers with both an immediate term focus and insight into the longer term needs for capability development,” said Lyndon Bird FBCI, Technical Director at the Business Continuity Institute. “The dominance of technology and Internet-related threats and trends in this year’s survey mirrors events we have seen in the real world recently with for example PayPal, RIM, O2 and RBS.  The high level of concern over a cyber-attack may well be misplaced but it demands a considered independent analysis of the threat to avoid hype and disillusionment and ensure a proportionate response is in place.  The BCI is willing to bring its unique view on disruption and preparedness to the debate”.

“This latest report shows that businesses need to be more prepared than ever for every type of risk,” said Gary Robinson, Commercial Director, BSI Canada. “The top five threats highlight that the digital age is continuing to bring new challenges to organizations around the world.  In order to counter this, cyber resilience must become part of an organization’s wider business resilience strategy.  Businesses can benefit from an integrated implementation of standards in areas such as business continuity management (ISO/IEC 22301) and information security (ISO/IEC 27001) to identify, prioritise and manage these threats.”

A copy of the report is available on request to [email protected] or can be downloaded from the BCI website, www.thebci.org(registration required).

About the Business Continuity Institute

Based in Caversham, United Kingdom, the Business Continuity Institute (BCI) was established in 1994 to promote the art and science of business continuity management and to assist organizations in preparing for and surviving minor and large-scale man-made and natural disasters.  The Institute enables members to obtain guidance and support from their fellow practitioners and offers professional training and certification programmes to disseminate and validate the highest standards of competence and ethics.  It has over 8,000 members in more than 100 countries in an estimated 3,000 organizations in private, public and third sectors.
For more information go to: www.thebci.org

BSI (British Standards Institution) is the business standards company that equips businesses with the necessary solutions to turn standards of best practice into habits of excellence. Formed in 1901, BSI was the world’s first National Standards Body and a founding member of the International Organization for Standardization (ISO). Over a century later it continues to facilitate business improvement across the globe by helping its clients drive performance, manage risk and grow sustainably through the adoption of international management systems standards, many of which BSI originated. Renowned for its marks of excellence including the consumer recognized Kitemark®, BSI’s influence spans multiple sectors including aerospace, construction, energy, engineering, finance, healthcare, IT and retail. With over 65,000 clients in 147 countries, BSI is an organization whose standards inspire excellence across the globe.