AI: What are tech companies working on and how will users benefit? 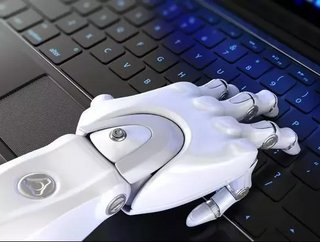 AI is becoming a hot topic for technology giants, who are increasingly competing against each other in a number of avenues in order to be the first to create an innovative product or solution for consumers. Back in 2016, Amazon, DeepMind/Google, Facebook, IBM, Apple and Microsoft created a non-profit organisation which will work to advance public understanding of artificial intelligence technologies (AI) and formulate best practices on the challenges and opportunities within the field, according to a press release. Tesla CEO Elon Musk has also launched Open AI, a “non-profit AI research company, discovering and enacting the path to safe artificial general intelligence.”

Other countries such as Singapore are also investing $150 million into AI within the next five years, signifying the growing appeal for AI within the work and social space. We take a look at how technology companies are working on AI and how users will benefit.

This year has been interesting so far, especially for Facebook, who has been subjected to stories surrounding fake news, election scandals and hate speech, which is able to spread through the online platform. The tech giant has since been working to counteract these areas, such as an alert to combat fake news, in addition to increased investment and vigilant approach to tackling areas of contention.

Facebook’s interest in AI is to be expected, where information on the network can be utilised more efficiently. The company houses an AI research team, aptly named the Facebook Artificial Intelligence Research (FAIR) Lab, which looks into the use of translating multiple languages effortlessly. The network houses convolutional neural networks, which enables sentences to be translated as a whole with the click of a button (not by each individual word). The company aims to make this an automatic process within machine learning through their AI research. Much of Facebook’s work is open to the public, and will ultimately provide increased communication between individuals on a number of platforms, such as WhatsApp and Messenger. The company’s DeepText program is also taking the notion of collaboration and communication to the next level.

To this effect, Facebook are now working and developing their video platforms, after its unsuccessful attempt to acquire Snapchat, led by Evan Spiegel. Snapchat has become at the forefront of video, targeting younger audiences who are now beginning to utilise video as a way of communication, rather than traditional models of communication, with phone calls and text messaging.

In a blog post, Facebook have said, “We decided to build a deep learning system to generate a saliency map for all 360 videos. We trained our deep learning models from scratch, using original videos and behavioral signals as input to our training set. We also experimented with several model structures and cost functions, and built and compared several training and testing infrastructures throughout. The final model is based on a fully convolutional neural network.

The output of the model is a saliency map with different pixel intensities representing different saliency levels. It allows us to provide a scalable predictive solution for videos even in the absence of statistical information, while offering us an option that helps users explore interesting visual content wherever it might be.”

It has recently been announced that Twitter is beginning to utilise AI, having acquired machine-learning company Magic Pony and placing significant investment in sourcing talent to build on the company’s software. The company is now able to recommend and rank tweets, in addition to ads that would appeal to users. This has resulted in an increased personalised, high quality platform.

Twitter’s progress has even attracted the likes of Mark Cuban, who has informed CNBC that he has started buying shares into the company, stating "I started buying Twitter recently because I think they finally got their act together with artificial intelligence."

Long standing technology giant Microsoft has been one of the earliest adopters of AI and robotics, but is now competing with the likes of Amazon and Oracle, who are working on areas such as drone delivery, the development of cloud services and products which adopt AI technology. Amazon is set to launch a new AI development centre in the UK to undertake research into AI and drone delivery, as well as further develop new and existing products

Additionally, Oracle are continually developing their cloud platforms to ensure world-class services for users. Investing significantly in AI, TechCrunch has also reported that the company utilises neural networks and has strengthened their Customer Experience Cloud Suite, making the platform easy to use and accessible for all.

Despite an ongoing lawsuit with Google, Uber are continuing their research and development into driverless technologies. The company has recently announced its plans to expand its Advanced Technologies Group (ATG), which will be located in Toronto, Canada, with plans to hire talent which can work on existing technologies and use of AI. The new location is the first outside of the US for the company, but will be spearheaded by Raquel Urtasun, a professor at the University of Toronto and its Canada Research Chair in Machine Learning and Computer Vision. In a press release, CEO Travis Kalanick has confirmed that, “Raquel’s work focuses on developing the software that allows self-driving cars to “see”: recognizing objects so they can navigate the world smoothly and safely.”