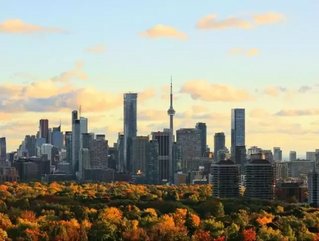 Speaking to Reuters, Daniel Doctoroff, the CEO of Alphabet’s smart city subsidiary Sidewalk Labs, has revealed that the company will begin a smart city technology pilot in Toronto this summer.

The pilot comes ahead of Toronto’s smart city project that is scheduled for 2020 that will look to improve the city’s energy and land efficiency where the housing market has risen sharply in recent years.

Sidewalk Labs was awarded the contract for the project, known as Quayside, late last year by government agency Waterfront Toronto.

“Our objective with Quayside is to advance new models for addressing pressing urban challenges, such as the increasing disparity in housing affordability, congestion on our roads and the imperative to address climate change,” said Waterfront Toronto spokeswoman Carol Webb.

“Beginning with Quayside, we aim to design a new kind of mixed-use, complete community that will combine forward-thinking urban design and new technologies to create people-first neighbourhoods that help address these challenges.”

Technology will be integrated into an urban area spanning 12 acres of land to begin with in the aim of solving a number of growing urban problems including pollution, rising housing costs and traffic congestion.

Once successful, this is expected to eventually span to an 800-acre area.

The news comes within the same week as Bell's launch of its new all-fibre optic broadband network in Toronto that is expected to play a major part in powering smart city initiatives.