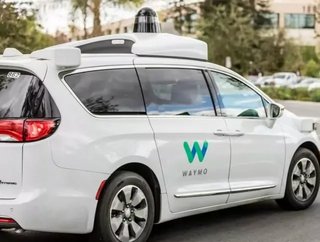 Waymo, the self-driving vehicle division of Google parent company Alphabet, has announced that it has signed a new agreement with Fiat Chrysler to purchase 62,000 of the company’s Pacifica Hybrid minivans as its core fleet for its planned self-driving taxi service.

The announcement confirms Fiat Chrysler’s previous commitment to supply thousands of vehicles to Waymo in support of this service.

“FCA is committed to bringing self-driving technology to our customers in a manner that is safe, efficient and realistic,” said Sergio Marchionne, Chief Executive Officer, Fiat Chrysler Automobiles N.V. “Strategic partnerships, such as the one we have with Waymo, will help to drive innovative technology to the forefront.”

Waymo is currently the only company with a fleet of fully autonomous vehicles that do not contain a dedicated human driver on public roads.

The agreement expands the existing partnership between Waymo and Fiat Chrysler that was first signed in 2016, with the automaker having delivered 600 Pacifica Hybrid minivans to Waymo since.

“Waymo's goal from day one has been to build the world’s most experienced driver and give people access to self-driving technology that will make our roads safer,” said John Krafcik, CEO of Waymo. “We're excited to deepen our relationship with FCA that will support the launch of our driverless service, and explore future products that support Waymo's mission.”

The agreement will also see Waymo and Fiat Chrysler US begin to discuss the possible use of Waymo’s technology in the company’s own manufactured vehicles to be made available to retail customers.

To date, Waymo has tested its self-driving technology with over six million miles of on-road testing.