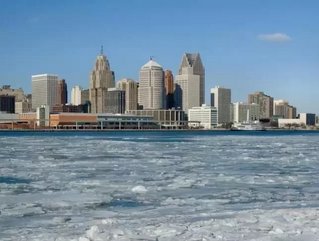 Alphabet’s Waymo has announced that it will be shipping some of its cars to Michigan in order to test how its autonomous vehicles hold up in some of the harshest winter conditions.

"For human drivers, the mix of winter conditions can affect how well you can see, and the way your vehicle handles the road,” said John Krafcik, Waymo’s CEO. “The same is true for self-driving cars.”

The vehicles that will be tested are Waymo’s Chrysler Pacifica, a range of hybrid minivans that have been modified to incorporate the firm’s autonomous technology.

“At Waymo, our ultimate goal is for our fully self-driving cars to operate safely and smoothly in all kinds of environments. That’s why we’ve been running cold weather testing since 2012.”

The company recently opened a 53,000 sq ft self-driving technology center in Novi, Michigan to enable easier collaboration with its regional partners such as, making it the ideal place to carry out the testing due to the harsher conditions within the state.

“With a facility close by and roots planted in Michigan, we’ll be able to easily test our self-driving cars in the Greater Detroit area to further improve our technology,” Krafcik continued.

Waymo joins General Motors in the region, a company that has been operating in Michigan for a number of months.