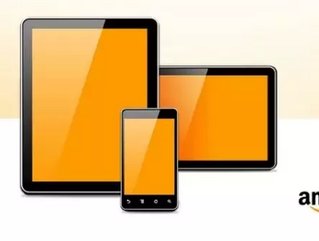 Amazon is testing the waters in the tablet market and its latest Android device is betting on becoming the latest and greatest Apple iPad killer. The device doesn’t have a name or announcement date as of yet, but researchers and techies in the know are already salivating over its unveiling. The Apple iPad 2 was launched this March by Steve Jobs and there have been talks about the iPad 3, or what some are calling the iPad HD. However, analysts are looking forward to a new face for the tablet market and expect to see upward of five million units of the new Android tablet sold in Q4 alone.

Apple’s product strategy and announcements have been pretty predictable within the last few years. However, due to Verizon’s adoption of the iPhone and Jobs’ medical issues and recent departure as the company’s CEO, product unveilings have been a bit up in the air as of late. A new Amazon Android tablet could stir up the industry, especially during this year’s holiday shopping season.

According to reports, the rumored launch for the Android device is expected this October and app developers are hoping to jump on the wagon to develop enough programs, games, apps, etc. to match up with those available in the Apple app market for the iPad. Currently, less than 500 apps are optimized for Android tablets, while the iPad offers more than 100,000 apps.

Price forecasts for the Amazon 9-inch LCD touchscreen tablet are at about $299, less than half of the price of the iPad. And with a price tag like that, we can imagine the Amazon tablet will be topping several holiday wish lists of individuals all over the country.