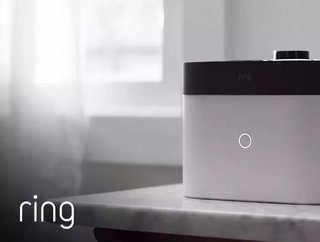 The device looks unassuming at first, much like a docking station, but if a break in is detected it's top section, containing a small internet camera, will launch and begin streaming video footage to the owner's mobile phone. The main idea of the autonomous drone is to provide a multi angle viewpoint of the home without the need for several cameras.

When setting up the device upon purchase, the owner can build a map of their home for it to follow which allows them to specify which viewpoint they would like to see. Alongside the option to programme the drone to launch if a disturbance is detected, it can also be commanded to fly on demand, useful for checking if doors are secured and appliances turned off. It also features avoidance technology which allows it to dodge obstacles in its path and it's rotor blades are neatly tucked away to reduce the risk of damage.

The news of the drone has not been welcomed by all however, SIlkie Carlo from the campaign 'Big Brother Watch' was critical; "It's difficult to imagine why Amazon thinks anyone wants flying internet cameras linked up to a data-gathering company in the privacy of their own home" she said."It's important to acknowledge the influence that Amazon's product development is having on communities and the growing surveillance market."

Addressing privacy concerns, Ring have pointed to design features such as the charging block obscuring the camera's view when not in flight and the audible noise of the rotor blades to make it obvious when the drone is deployed and recording.

The Always Home Cam is due to be launched next year with the initial price tag of $249.99USD