Amazon customers rewarded by Avis for renting its cars 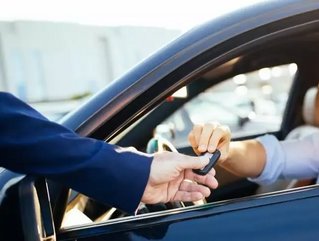 Amazon’s customers have started to be rewarded by Avis Budget Group for renting its cars, CNBC reports.

The incentive for customers of the American e-commerce company is that when they book an Avis vehicle using the Avis skill on Amazon Alexa, they will receive a gift card valued at 20% as of later this month.

Beth Kinerk, senior vice president of sales for Avis Budget Group, said: “Amazon customers are accustomed to convenient and on-demand services, and Avis Budget Group is pleased to be able to add transportation to the mix.”

Avis first began work with Amazon in 2017 when the Alexa skill was created.

Amazon consumers can utilise the tool to gain a discount by making reservations, booking rental cars or requesting e-receipts.

The Alexa device is often asked questions by the user to find out information such as the weather or whether a sport team won.

But, the latest move shows that businesses are using the tool to encourage more customers to their services.

The reward is only for US-based citizens for now but it is expected that Amazon will make it available to other countries soon.

This news comes after it was announced that Amazon enjoyed a successful Prime Day, having earned $3.5bn in sales during its largest event ever.