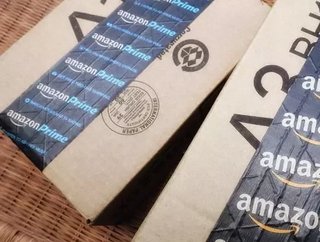 Amazon has been going from strength to strength in trialling the use of drones within their delivery systems, undertaking their first successful delivery through the use of drones in the UK in 2016. Drones are a significant innovative piece of technology which will prove invaluable for retailers and technological companies to meet their targets, alongside catering towards an increased customer expectation, with consumers who want products that are high-quality, low cost and delivered through a seamless and effortless process.

Since the US Superbowl, the notion of drone technology was brought back into the forefront with the company’s Amazon Air advert, where a couple are watching TV on the sofa with a bowl of Doritos in the middle of them. Amazon Air advert, highlighting a couple sitting on a sofa together with a bowl of Doritos between them. Whilst the man is licking his fingers, then dives his fingers back into the bowl for more, his other half calls for Alexa to “reorder Doritos from Prime Air”, of which Alexa states that they will be arriving soon, as a drone appears.

Niklas Hedin, CEO of delivery management expert Centiro explains that retailers are aware there will be continual repercussions regarding late deliveries, at which this patent forms part of Amazon’s wider plan to take back control. He explains: “Once consumers clamoured for free deliveries: something Amazon was known for when it shot to prominence. Yet shoppers have now moved on, developing an understanding of how different options suit their specific needs and requirements.

Retailers must ensure they can be confident in their last-mile capabilities, otherwise these issues will continue to reflect poorly on the overall brand experience customers receive. This explains why Amazon has brought more of its delivery function in house, and now appears to be building on its plans involving drones with planned functionality involving parachutes.”

Hedin concluded: “Put simply, retailers must focus on developing a robust and flexible carrier network, so they can provide customers with a broad range of tailored delivery options based on geography, cost and lead time. Doing this will enable retailers to give customers exactly what they want, and guarantee order promises won’t be broken at the most important time in the retail calendar.”

The US Patent and Tradesmark Offices’ decision to grant Amazon a patent to trial parachute-aided drone delivery will create a domino effect for a number of retail and technological companies, such as Google and Apple. Interests in consumer drone usage are also on the rise, where the FAA are seeing a large volume of requests for regular citizens utilise drones every day.

Through the patent, it is clear to see that Amazon’s new parachute-aided drone delivery system will enable packages to be delivered swiftly whilst the drone is in mid-flight, but will also minimise all potential damage upon release, of which the patent states, "The package delivery system can apply the force onto the package in a number of different ways. For example, pneumatic actuators, electromagnets, spring coils, and parachutes can generate the force that establishes the vertical descent path of the package." Named ‘Prime Air’ by Amazon, the drones will be able to carry packages which will carry packages up to 5 pounds to destinations that are approximately 30 minutes away or less.

Utilising parachutes is a somewhat precarious process, where a singular gust of wind could blow the package off course. To minimise this potential concern, the drone operating system will observe the package and where it lands post release, of which it will correct the landing position through implementing of compressed air, which will be embedded in the outer areas.

Once trials are complete, Amazon will look to fully launch the delivery service within the US. At present, the company will fine tune any current concerns or technological issues, with the aim to release the technology worldwide.