Is Amazon getting into the airfreight logistics business? 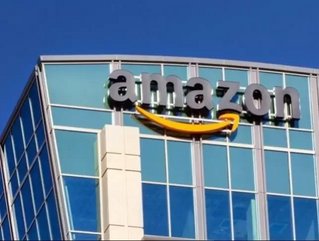 With its lightning speed and a marketplace network that has revolutionized ecommerce, Amazon is already known as a logistical powerhouse. Now details are emerging to suggest that Amazon could be getting ready to bring its logistics fully in-house, giving the company the power and control to improve its supply chain and delivery times even further.

According to several reports, this month Amazon commenced with talks to lease 20 cargo planes. This is a move that would give Amazon full control over its transportation costs and its fulfillment schedules, by allowing the company to cut out the 3PL airfreight services that it currently relies on—services that, as these reports point out, have caused frustrations beyond Amazon’s control in the past:

Amazon would be able to sidestep carriers like UPS and FedEx to avoid the shipment delays that it has previously dealt with (most notably during the 2013 holiday season, when many customers didn't receive orders in time for Christmas).

Vertically integrating a new piece of your supply chain is always a risk. Any problems or failures as the company adjusts will fall directly on its own shoulders. But a successful rollout could come with significant rewards, especially if Amazon eventually turns its in-house logistics program outward to take on the 3PL market as a competitor:

"Similar to the gradual roll-out of [Amazon Web Services], we would expect Amazon to introduce competitive transportation and logistics services to external clients on an incremental basis, with a long-term focus," [Baird Equity Research analyst Colin] Sebastian writes. "Amazon may be the only company with the fulfillment/distribution sophistication and scale to compete effectively with incumbent service providers (UPS, FedEx)."

Based on the success of AWS, analysts predict that an Amazon-run logistics service could be valued at as much as a $400-450 billion. But that’s a long way off. First Amazon will have to prove that it can handle this side of logistics within its own fulfillment chain.