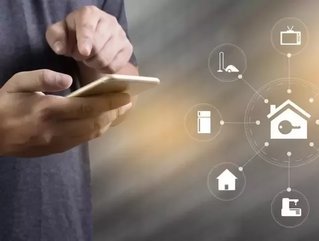 Amazon aims to launch eight new Alexa-powered devices by the end of the year, according to CNBC
The devices will reportedly include a microwave oven, a subwoofer, an amplifier, and an in-car device among others, with each product featuring Alexa’s voice-activated software.
CNBC said that its source indicated a full reveal of these devices at an event in late September.
Amazon has previously launched its Echo smart speakers with the implied long-term goal of building a connected ecosystem of devices in people’s homes.
This rumoured range of home appliances would be the first to feature Amazon’s popular voice assistant, Alexa.
CNBC noted that Amazon would be entering a market with established products, mentioning Sonos’s smart amplifier and subwoofer, GE’s smart microwave, and Garmin’s Alexa-enabled dash cam.
Amazon has not disclosed precise sales figures for the Echo, it’s Alexa-based smart speaker, but has previously reported that tens of millions of units have been distributed globally.
See more:
The ecommerce giant’s commitment to increased penetration in the smart device market was signalled by Amazon CEO Jeff Bezos’s statement in July:
“There are now tens of thousands of developers across more than 150 countries building new devices using the Alexa Voice Service, and the number of Alexa-enabled devices has more than tripled in the past year”.
Bloomberg also reported in May that Lennar Corp, a home construction company, had agreed to feature built-in Echo devices in its model homes, serving simultaneously as Amazon Experience Centers.
“As one of the nation’s largest homebuilders, Lennar offers the potential to enable this experience within easy driving distance of millions of customers”, Nish Lathia, general manager of Amazon Services, said at the time.
AmazonJeff BezosEchoAlexa
Share
Share