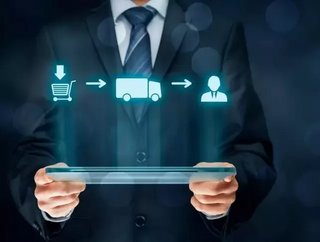 Amazon is already considered one of the most efficient ecommerce corporations when it comes to the last mile delivery, but its announcement of The Hub, it hopes, will only serve to consolidate this company image.

The Hub itself is not yet up and running, but upon release will cater to a variety of communal spaces including apartment complexes, commercial offices, and other multi-tenancy locations.

The Hub will act as an extension of Amazon Locker, with these existing exclusively in Co-operative Food and 7-Eleven stores.

It will not be exclusive to Amazon deliveries with unique codes to lock or unlock the compartments, granting access to a multitude of retailers. Furthermore, the units will be modular, meaning that they can be varied to suit the user and building.

With Centiro acting as a logistics and supply chain specialist, the company’s Vice President of Sales and Operations, Rick Meyer, understands that this move has been expected as American retailers compete to provide optimal services in last mile delivery and both cut and avoid inner city congestion.

He said: “Amazon’s introduction of The Hub is a great example of American retailers taking control of the last mile with deliveries. These apartment building-based Hubs will certainly help to alleviate common customer bug-bears such as inconvenient delivery windows, and ultimately win favour with both current and prospective customers.

“As a wider issue, hubs will also help the likes of New York, San Francisco and Los Angeles in their current battles against inner city congestion, as they can play a part in curbing the current emerging trend for people having personal deliveries sent to their offices.”