As Amber Alerts come to Facebook, should other social media outlets be taking note? 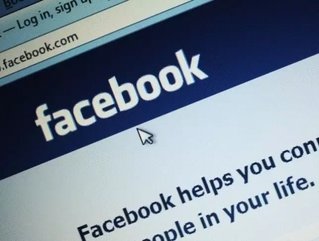 Officially launched on Monday, March 25th, Facebook users all throughout Canada are now able to get Amber Alert notices in their social media network newsfeeds. This new program is an attempt to hopefully locate missing children much quicker than before. But will it be successful? And if it is, should Twitter and LinkedIn consider implementing similar techniques into their systems?

Police departments and Facebook have joined forces to launch this new alert system that will notify Canadian Facebook users when a child in their specific area has gone missing. This new, online alert system has been described as immediate, targeted, comprehensive and sharable.

On Monday, Facebook’s trust and safety manager made the following comment to CTV’s Canada AM: “What’s really unique and special about our system is we’re only going to deliver these alerts to people who may actually be in the search area.” For example, if a child goes missing in Toronto, then Facebook users in Montreal won’t see the message.

Because the system will allow Facebook users to quickly and conveniently share photos, facts and information regarding the missing child, it’s believed that this Facebook Amber Alert tool will be exceptionally important in assisting police find those who are missing as fast as possible.

Public Safety Minister Steven Blaney recently made the following statement on Monday, which happened to International Missing Children’s Day: “This morning, we have a clear demonstration of how social media can be put to positive use for the good of every citizen. A mobilized online community, quite literally on the alert, will greatly assist law enforcement to locate abducted children and locate them quickly.”

That being said, should other social media tools consider creating their own alerts?

RECENT TOPIC: Can other TV executives learn from Game of Thrones’ finale example?

While Twitter and LinkedIn do make it much easier and faster to share or see various types of information, it doesn’t seem that these two outlets need to worry about implementing an Amber Alert system—just yet.

When it comes to social media, Facebook is still king, meaning it’s the most popular. Therefore, it seems likely that the word on missing children can spread faster and to more people via Facebook. With Twitter, there is a limited amount of characters you can use; LinkedIn is mostly used in the professional world.

So, for now, it looks like Facebook will be the only social media presence in Canada that offers Amber Alerts.  Depending on the overall reaction and success rate of finding missing kids due to this new program, perhaps Twitter and LinkedIn will create their own versions on the tool in the near future.

RECENT TOPIC: The concern of excess baggage: Will Air Canada’s carry-on rule change how you travel?