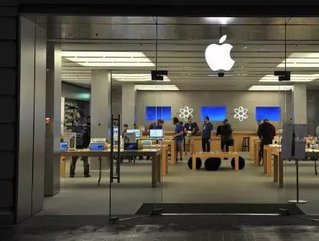 The June edition of The Business Review USA is now live!

Apple is no stranger to rumors “slipping” out about new product innovations. Leaking information to consumers is one of the Company’s favorite pastimes, and one of our favorite things to write about. Apple junkies follow reports of new product launches and software updates like it’s their job and it is safe to say that Apple is their drug of choice. We can’t really blame them, the technology giant has lead smartphone, computer and tablet innovation for years and quite frankly, Apple…we just can’t quit you.

The newest buzz around the interwebs is the launch of a “budget” iPhone. The more pocket book friendly iPhone is said to don a plastic casing that might come in a variety of colors. Hello, iPod shuffle of 2005. Reports claim it could cost as low as $99. The Reuters report quotes several sources including some in Apple’s supply chain in Asia, but Apple is yet to comment. Apple, why do you always keep us waiting?

I can imagine that a budget iPhone isn’t completely out of the question, but the functionality and the forward thinking technology that Apple users have come to know and love is up in the air. The newest iPhone may be a cheaper solution to its more expensive counterpart and a way to suck in those who cannot afford the more expensive phone, which is a good move for the tech company.

Apple is expected to launch two new models according to Reuters, “…widely referred to as the iPhone 5S, with new fingerprint technology, and a cheaper version in plastic casing, supply chain sources have said. Apple plans to dress up the cheaper phone in a range of 5-6 colors to differentiate it from the more expensive model that has traditionally come only in black and white.”