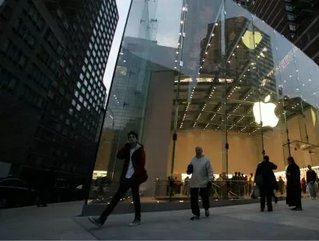 In September of last year, Locationary CEO Grant Ritchie wrote an article on Techcrunch about the things Apple needed to do to improve its Mapping services, including things his company excelled at. Apparently Apple liked his advice so much, they bought the Company.

Apple Inc. confirmed Friday that it has acquired Locationary, a privately held company that specializes in converting and integrating location-based data that can be used in maps.  It wouldn’t disclose what it paid for the small Toronto startup or the motivation for the purchase.

Locationary uses a federal data exchange platform called Saturn that collects data files in different formats and translates them to a standard format. This translation process allows reports about locations to be cross-referenced so inaccuracies about different venues can be identified and removed. The flow of cross-referenced data is then used to create more accurate maps -- And we all know Apple’s Map service for iPhone could use the boost in accuracy.

Apple’s purchase of Locationary is also part of the company’s ongoing effort to keep in stride with its main competitor: Google.

In June Google purchased mapping company Waze, paying $1 billion in cash for the company, according to Reuters. Waze also uses crowdsourced data from users’ cell phones to create maps and traffic data, which are then shared with users.

Apple has also reported it has acquired HopStop.com, as service that gives transit directions for several cities in North America and Europe.

“Apple buys smaller technology companies from time to time, and we generally do not discuss our purpose or plans,” Apple spokeswoman Kristen Huguet told AllThingsD, confirming the acquisition. The HopStop app, made for iOS and Android, will likely add mass transit capabilities to Apple’s maps.