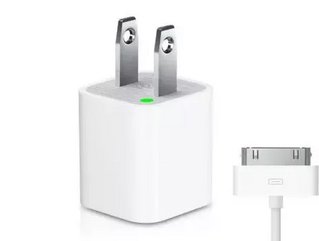 On Tuesday, Apple announced that it will offer customers that have concerns about their third-party chargers the option to swap them for a certified Apple charger starting August 16. The program is set to run through October 18 and comes after recent reports that a Chinese woman was electrocuted by a charging iPhone.

The Post’s Caitlin Dewey reported, Apple said last month that it was investigating reports that 23-year-old Ma Ailun had died after answering her charging iPhone and offered its condolences to her family.

The company reported on its website, ““Recent reports have suggested that some counterfeit and third party adapters may not be designed properly and could result in safety issues. While not all third party adapters have an issue, we are announcing a USB Power Adapter Takeback Program to enable customers to acquire properly designed adapters.”

The program will cover third-party or counterfeit chargers that customers have purchased. Apple does not have a list of specific brands from the expected hundreds of companies that make their own version of Apple accessories.

The chargers will only cost $10 versus $19, and to qualify customers have to bring at least one USB power adapter and their iPhone, iPad or iPod to an Apple retail store for validation.

“We are offering this special takeback program for any USB power adapter made for use with iPhone, iPad and iPod for which you have concerns,” the company said.