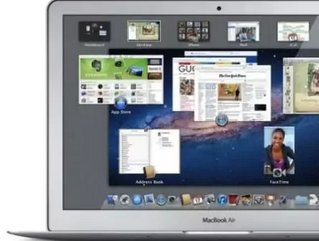 It’s a big day for Apple fans and stakeholders not only because of the company’s impressive profits and market share, but also because of today’s release of the Mac OS X Lion in the Mac App Store. As promised, the new operating system will sell for $29.99.

Apple took on a novel idea when it came to the Mac OS X Lion approach because its customers won’t have to drive down to their local Apple Store to purchase a copy of the program for Intel-based Apple laptops and desktops. Mac OS X Lion offers more than 250 new features and is only available as a digital download. While the idea of a digital download may sound scary for some consumers who are less tech savvy, Apple store employees will also be able to assist with the downloading of Lion if they come into a retail outlet.

Lion offers some pretty impressive features, including new multi-touch trackpad features, including scrolling speed that varies on how you flick your fingers and also offers the same finger tracking navigation similar to that of the iPad and iPhone. New security features will also be part of the Lion offerings. Auto-saving with the closure of a program is also a new feature, along with full-screen views and features to organize and view apps.

Apple also announced a version of the MacBook Air using that software will be in stores tomorrow, priced at $999 and higher. An updated model of the Mac mini will also be in stores tomorrow, at a starting price of $599. Later this year, it will release its iCloud service, which lets users store, synchronize and access music, pictures and documents from different Apple devices.