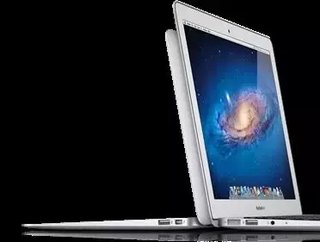 This week was a busy one for Apple Inc. as it released two new refurbished MacBook Airs, debuted its new Lion operating system and discontinued its MacBook notebook computers.  The new MacBook Airs run on faster Intel Sandy Bridge processors and are available globally both through Apple’s online and retail stores.

Mac  vs PC in Business

Apple obviously isn’t resting on their laurels after trumpeting their “Best Quarter Results Ever” of $7.3 billion. Apple cleverly built up the MacBook Air’s new status as their lowest priced laptop with a tagline that read:  “Everyone should have a computer this advanced. Now everyone can.”

The new MacBook Airs differ mainly in screen size from 11 inch to 13 inches but both laptops contain Intel i5 processors, Thunderbolt periphery connection, and the resurrected back-lit keyboard.  A new major feature of the laptops is the new Lion operating system which Apple claims is 2.5 times faster than previous generations and offers more durable flash storage.

Apple also updated its smallest desktop, the Mac Mini, with dual-core Intel Core i5 processors and the option to bump up to a faster Core i7. The new Mac Mini models also include a Thunderbolt port and a 500GB hard drive.

The Mac OS® X Lion is Apple’s eighth major release of operating systems and offers 250 new features for users.  It is available as a download from the Mac® App Store™ for $29.99. Apple reported that it sold over one million Lion operating systems in the first day of sales.