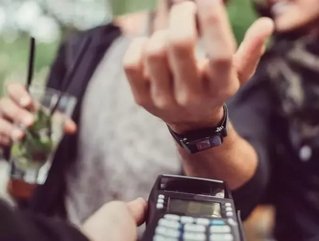 Apple continues to hold the largest global market share of the wearable tech industry, with a share of 17% in Q2 2018
The figures, reported by IDC, place Xiaomi second with 15.1% of the market, while Fitbit takes the final podium spot at 9.5%.
Apple’s success is attributed to the growing popularity of its 4G-enabled Apple Watch.
The Verge reported that Apple sold 4.7mn Apple Watch units last quarter, while Xiaomi sold 500,000 fewer wearables over the same period.
An increased demand for smartwatches with a wide array of features has driven Apple’s sales in this area, IDC said, and the decline in demand for basic wearables and fitness trackers has been evident over the past several quarters.
Fitbit had taken a significant hit as the popularity of its basic wristbands waned, although IDC noted that the launch of its Versa smartwatch has reinvigorated its userbase to the tune of 1.1mn smartwatch shipments during Q2 2018.
See More:
The Apple Watch “received a number of discounts at big-box retail stores that may have led to a surge in consumer purchases”, the Verge added, with BestBuy having discounted the Series 3 model by US$100 in August.
Apple also began to sell refurbished Series 3 watches on its retail site in February.
Looking ahead, Apple is set to release the latest version of its smartwatch, the Series 4, next week alongside the unveiling of its new iPhones on 12 September.
The updated model will reportedly feature a larger edge-to-edge display, a thinner body, and an expanded user interface.
AppleFitbitXiaomiwatch
Share
Share