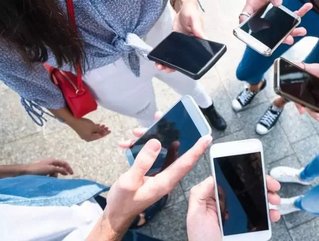 According to new data from research firm Kantar Worldpanel, Apple’s US market share dropped from the 40.6% recorded in October 2016 to 32.9% a year later.

The data is based on upon the sales of smartphone operating systems (OS) for the quarter ended October, with the figures further revealing that Apple’s iOS market share also slipped in a number of key European markets and Japan.

The drop in Apple’s market share can largely be attributed to the delayed release of the iPhone X, with the 10th anniversary edition of the smartphone being launched in early November – more than a month after the launch of the company’s non-flagship iPhone 8.

“It was somewhat inevitable that Apple would see volume share fall once we had a full comparative month of sales taking into account the non-flagship iPhone 8 vs. the flagship iPhone 7 from 2016,” said Dominic Sunnebo, Global Business Unit Director for Kantar Worldpanel ComTech.

“This decrease is significant and puts pressure on the iPhone X to perform. Considering the complete overhaul that the iPhone X offers, consumers may be postponing their purchase decisions until they can test the iPhone X and decide whether the higher price, compared to the iPhone 8, is worth the premium to them.”

Android, Google’s open-source operating system, capitalised on Apple’s poor performance, rising from 57.9% to 66.2% in the US throughout the same period.

Despite its decline in the US, Japan and Europe, Apple’s mobile market share actually grew in China, up 0.3% to 17.4% in October 2017 compared to the year before.