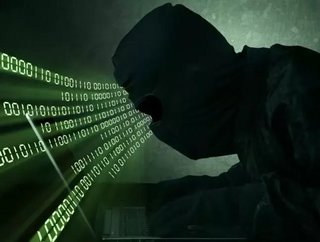 Regarding the issue, Turcke said, “It’s stealing, just like stealing anything else.”

How are Canadians actually committing this act of thievery and why? And is it even criminal?

This whole issue came to prominence when Turcke’s own daughter discovered that she was able to log onto the U.S. Web streaming service in Canada when using a U.S.-based VPN to mask the address. The teenager quickly discovered that U.S. Netflix offers additional movie and TV content versus the Canadian version.

When it comes to choosing a new show or movie, why do Americans have more choices than Canadians? Perhaps the concern has something to do with distribution rights. Regardless, there seems to be a bit of a grey area in determining whether or not the act of VPNing is actually criminal.

“She was told she was stealing,” Turcke said. “There is no more VPNing.”

Furthermore, VPNing runs against the California-based company’s terms of use—Netflix has threatened to sue.

RELATED TOPIC: Rogers and Shaw team up to challenge Netflix

However, it’s currently estimated that one third of Netflix Canada customers access various types of content that is only intended for U. S. subscribers. In the end, Bell Media’s CTV English-language network and other broadcasters will need the support of government and the federal regulator, which could prove to be difficult considering that “how to” articles on getting around copyright laws have been published online and in national newspapers.

RECENT TOPIC: Minimum wage could be on the rise in Canada—Who will benefit and who will suffer?

So, the question resumes: is VPNing actually criminal or just morally wrong?

Turcke only further cemented her stance on the issue by saying, “Discoverability does not mean, at least to me, watching whatever you want for free.”

Perhaps more will consider this act to be a crime when a portion of the one third committing it is actually caught and prosecuted.

RECENT TOPIC: How small businesses can protect themselves from legal disputes with customers