Atomo: the Seattle startup set to take on Starbucks and change the way we drink coffee 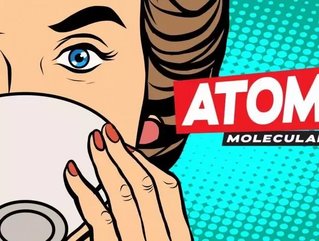 From origins as humble as the coffee bean, Seattle startup Atomo has taken the first steps down the road to changing the way the world drinks coffee forever. Conceived by food scientist Jarret Stopforth, Ph.D, Atomo’s new ‘molecular coffee’ is the result of an attempt to reverse engineer the coffee bean. The result is a naturally-derived and sustainable coffee substitute that contains no coffee beans.

"I love coffee, but every day I was adding cream and sugar to mask coffee's bitter flavor," said Stopforth. "By replicating the taste, aroma and mouthfeel of coffee, we've designed a better tasting coffee that's also better for the environment."

In January 2019, a study was released by Science Magazine stating that 60 percent of the world's coffee species were in danger of going extinct in the next 50 years due to climate change, population expansion, and disease. Combined with the large contribution that the cultivation of coffee makes to deforestation, Atomo is working to disrupt the global coffee market.

That market is worth US$100bn a year, according to Business Insider, which also found that “after crude oil, coffee is the most sought commodity in the world.” Each year humans consume over 500bn cups of coffee, and over 25mn people earn a living as coffee farmers.

Atomo's goal is to create an amazing cup of coffee and reduce the global demand for coffee beans, thus minimizing deforestation and destruction caused by commercial coffee farming. In recent blind taste tests at the University of Washington, Atomo coffee beat Starbucks by 70%.

Currently, the company has surpassed its $10,000 funding goal on crowdfunding website Kickstarter, reaching just over $15,000 with 21 days to go. Backers who make sufficient donations will receive early release consignments of the company’s product, with a full commercial release expected in Q4 2019.