Attempt to ban WeChat in the US blocked... for now 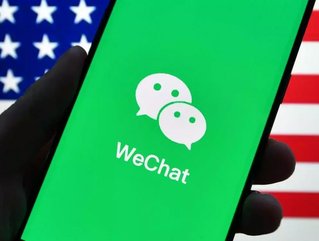 Judge blocks a US government move to ban the Chinese payments and instant message app...

Donald Trump has deemed the Chinese app a threat to national security and signed an Executive Order on August 6 to address these concerns. This weekend saw the US Department of Commerce issue a bar on WeChat appearing on App Stores, effectively shutting it down in the country. However, although agreeing that the evidence of a threat to national security from China through technology is 'considerable', San Francisco Magistrate Judge, Laurel Beeler noted that the specific evidence relating to WeChat is 'modest'.

WeChat has almost 20mn users in the United States and the app's multi-functional features have seen it become an increasingly vital tool in many people's lives. The news of a potential ban has caused distress to many, especially Chinese Americans, leading to the formation of a group calling itself 'The U.S WeChat Users Alliance' who filed the motion in federal court successfully leading to a delay in prohibition for now.

Unless an agreement can be reached, much like TikTok's recent deal with Technology giant Oracle, it's likely that US authorities will continue to push for a ban. Wilbur Ross, of The US Department of Commerce stated that WeChat collected "vast swathes of data from users, including location data, browsing and search histories" and went on to say that the Chinese Government "has demonstrated the means and motives to use these apps to threaten the national security, foreign policy and economy of the US"

Tencent, who owns WeChat insists that due to encryption others cannot view messages. Content such as text, audio and images are not stored on its servers and additionally are deleted once the intended recipients have seen them.