Avior to partner with Boeing on 737 MAX airplane program 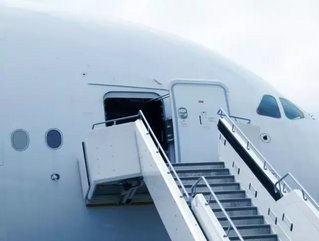 Avior Integrated Products, a Quebec-based aerospace manufacturer, has signed a long-term contract with Boeing on the manufacture of the US giant’s 737 MAX aircraft.

As a full-service manufacturer of lightweight structures, Avior has been recruited specifically for access door assembly of the aircraft.

“We are delighted to participate in this high-volume program, and are focused on providing performance excellence and creative, innovative solutions,” said Avior President and Chief Executive Officer, Stephen Kearns. “Importantly, this project will involve contributions from our three manufacturing facilities in Quebec and local and international supply chain partners.”

The Canadian company specialises in a number of operations, including the manufacture of composites, acrylics, metal components, as well as engineering and product development, part of the reason they were awarded the contract by Boeing.

“This new contract reflects Boeing’s confidence in Avior’s performance, and it is another great example of our enduring partnership with Canada’s aerospace industry and communities across the country,” said Kim Westenskow, General Manager of Commercial Airplanes and Managing Director at Boeing Canada.

The 174-seat planes are expected enter service next month with a debut flight from Calgary to Toronto.

Further, Air Canada and Westjet are amongst the Canadian airlines that have placed an order for the aircraft. However, with the ongoing dispute between Boeing and Bombardier, it remains to be seen as to whether Prime Minister Justin Trudeau will allow such deals to go ahead, having previously said that Canada won’t do business with Boeing whilst the dispute continues.