Battle of the Smartphones 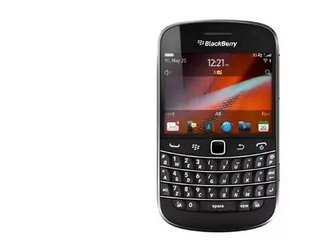 It’s becoming an age old question: Which smartphone should I choose? Many Canadians may feel loyal to locally based RIM’s BlackBerry. But the question is being raised of their loyalty switch? Although BlackBerry is still the most used phone in Canada, does the US based technology trump current Canadian offerings? This month, Business Review Canada finds out.

RIM has been under a lot of scrutiny recently. Originally thought of as a company that produces phones on the forefront of technology and was so popular the phone was nicknamed the “CrackBerry,” in recent years it has started to be viewed as a dying company. With un-spectacular launches, investor satisfaction decline and a more competitive market, BlackBerry may be on its way out.

BlackBerrys today still have exclusive access to the BlackBerry Messenger Service, a fast way to communicate with coworkers. Offering touch or keypad navigation, BlackBerry phones have a variety of user options. The BlackBerry Torch 9850 is “all touch, refined” featuring a 3.7 inch touch screen, the BlackBerry 7 OS, a 1.2GHz processor and multitude of apps. BlackBerry’s Bold 9900 features a touch display with built in keyboard, the thinnest BlackBerry design to date, the BlackBerry 7 OS and 1.2GHz as well as app capabilities.

The Apple iPhone was a revelation to the smartphone industry. Offering something no one had ever seen before, it is one of the most coveted phones on the market. On the industry side of things, many see the iPhone at the head of the pack giving all competitors a run for their money, literally.

The iPhone 4 is popular the world over. Designed in a slim black or white, specs include Apple’s iOS 4, up to 32GB of storage, a 5 megapixel camera on the back and a VGA quality camera on the front, a 3.5 inch Multi-Touch display and more. The iPhone’s popularity provides users the largest app store to date with 425,000 downloadable apps awaiting a user’s perusal. Additionally, the smartphone world heavily anticipated the new iPhone 5 paired with the iOS 5 which was revealed to the world October 4th.

As a business solution, Apple boasts that the iPhone 4 is the “most powerful, flexible and intuitive phone ever.” The iPhone 4 offers enhanced features like multitasking, FaceTime video calling, email and enhanced security for employees on the go. Utilizing integration with Microsoft Exchange for secure push email, calendar and contacts, the iPhone 4 will keep businesses up to date. Finally, the multitude of apps available on the iPhone App Store, such as computer to mobile syncing, collaboration apps and productivity tools, your employees will be connected to the best.

Google’s Droid and its Android OS seem to be the smartphone system that’s fighting Apple for its market share. Offering Google simplicity paired with apps and a superior Google technology, the Droid is preferred by many when choosing a smartphone.

The Droid smartphone is offered by Motorola, Samsung.  A smartphone that was eagerly anticipated since January of this year is the Droid Bionic. Releasing to a wave of critics heralding the phone as a winner, the Droid Bionic offers users a 1GHz processor, 4G LTE capabilities, a mobile hotspot, 4.3 qHD display, and a front and rear facing camera. The Android Market holds over 200,000 apps and provides solutions for users everywhere.

Droid’s backing by Google guarantees a great piece of technology for employees away from their office. With an automatic connection to Gmail for syncing email, calendar, docs and more, there’s no hard connection needed to be up to date. Google’s Android Market is just as popular as Apple’s app store, offering solutions for multitasking, conference calling, remote computer connection and more.