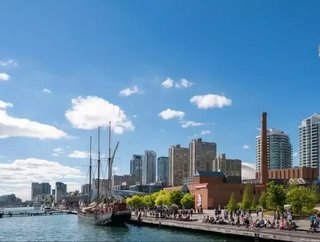 Leading Canadian telecommunications provider Bell has unveiled its new all-fibre optic broadband network that has now been launched in Toronto.

“The Bell team is proud to light up North America's largest fibre network right here in Toronto,” said George Cope, President and CEO of BCE and Bell Canada. “Bell's all-fibre network will deliver the best Internet, TV and business connectivity services to Torontonians while enabling Canada's largest city to innovate and compete at a global level with next-generation connectivity.”

The network will be used as a significant aid in supporting Toronto’s smart city ambitions, offering internet access speeds of up to one gigabit per second (Gbps), with this expected to increase to 5Gbps next year and up to 40Gbps in years to come.

“Toronto is a city always planning for the future and this is the kind of major technology infrastructure investment we need to ensure our status as a world-class smart city,” said Toronto Mayor John Tory.

“This investment in rolling out the latest network connections to both homes and businesses throughout Toronto is a great example of business leadership supporting a diverse and innovative economic future for our city.”

The project is now complete after three years of work that began back in 2015, with Bell having worked closely with both the city itself and Toronto Hydro in delivering its success.