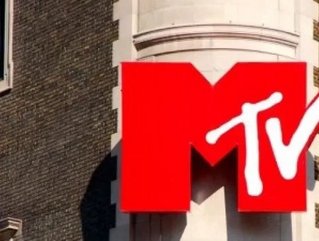 Bell Media, the mass media subsidiary of Bell Canada Enterprises (BCE) will be cutting 91 employees from its production staff due to programming changes.  The majority of the losses will hit music channels Much, MTV and M3.

Last month, BCE announced that it would cut 120 jobs from Bell Media’s Toronto workforce as a result of “financial pressure” in its advertising and subscription television services.  The cuts include editors, directors, camera operators and producers employed at Much, formerly known as MuchMusic.  The changes are to be made by mid-October.  Including all of its TV channels and radio stations, Bell Media has roughly 2,400 employees in the Toronto area and about 6,500 total across Canada.

Amy Doary, a spokeswoman for Bell Media, confirmed that 72 union jobs were being eliminated as well as 19 non-union positions, affecting channels including CTV, Space, Much, MTV, E!, and M3, formerly known as MuchMoreMusic.

In an emailed statement, Doary said, “This is a result of stopping production on several in-house productions” as well as acknowledging “it is possible additional efficiencies will be identified over the course of the summer.”

During a recent interview with The Globe And Mail, Bell Media present Kevin Crull lamented that the company is forced to air 12 hours of music videos each day as part of a licensing condition.

“Kids do not watch music videos on television.  You’re not going to wait for somebody to program a music video when you have a million available on Vevo,” Crull said.  “And so that hurts the channel.”

Executives at Bell submitted several requests to the Canadian Radio-Television and Telecommunications Commission (CRTC) to allow them to make changes to Much that would loosen its requirements for showing videos, all of which were declined.  Currently, MTV does not operate on the same type of license and does not air music videos.

Crull elaborated on the “financial pressure” that the company faces in a letter to the CRTC that said, “The system is challenged like never before... and we know the Canadian television system needs to adapt.”

One of the cancelled shows is The Wedge, an hour-long indie music video program that was part of Much’s weekly lineup.  Damian Abraham, the show’s host for the past three years, tweeted “Goodbye @MUCHthewedge. Three years of fun and battles!” to his followers this morning.  Much’s “Today’s Top 10s” was also cancelled, as well as the CTV/E! entertainment news series “Movie Night.”