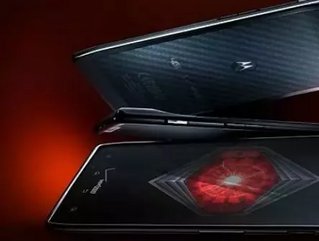 *This week, we're celebrating the end of 2011 by paying tribute to our most popular stories of the year. The countdown continues today with number two:

Earlier this month Motorola Mobility President Sanjay Jha got tongues wagging when he declared that the Droid RAZR was the world’s thinnest smartphone.

Starting Thursday, every man, woman and tech savvy child in the nation can pre-order the Droid RAZR, so long as they sign a two-year service agreement with Verizon Wireless and cough up $300.

The public has been anticipating Motorola’s latest for a while—Motorola introduced the Droid RAZR a few weeks ago and before the launch, there were weeks of leaks, preview images and discussion about its release.

Mostly, people were titillated by the new RAZR’s size. At 7.1 mm, weighing only 127 grams, the Droid RAZR is the thinnest smartphone on the market.

The Droid RAZR is quite an upgrade from Motorola’s iconic RAZR of old. Externally, it’s equipped with a 4.3-inch Gorilla Glass screen, 7.1-millimeter thin Kevlar case and nanotechnology splash guard that will even protect its electrical boards. Internally, it features Android Gingerbread 2.3.5, 1GB of internal memory, a preinstalled 16GB microSD card, Bluetooth 4.0, Wi-Fi and an 8-megapixel rear camera with 1080 HD video capture.

According to Jha, the Droid RAZR’s 1.2GHz dual-core processor (manufactured by Texas Instruments) makes it the first device to allow users to download HD movies from Netflix.

All orders will be shipped by November 10.