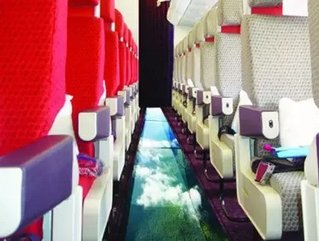 April Fools Day, the yearly holiday that encourages playing practical jokes, pranks and hoaxes on friends, family, and now the Internet, has major brands trying to outdo themselves in tricking the Internet audience.  With some very believable and not so believable announcements today, Business Review North America has found the best of the best for your April Fools Day perusal.

Today, YouTube has announced that it is finally ready to pick a winner in its long-running eight year contest to find the best video in the world. Completely underestimating the incredible response they’ve received, YouTube will stop accepting entries tonight and close the site down until 2023 in which it will reveal the winner. YouTube’s 30,000 technicians will narrow down the submissions to be reviewed by its esteemed panel, made up of distinguished film critics, YouTube celebrities and some of YouTube’s most “prolific commenters.”

Google has announced today its new product “Google Nose” offering users a new “scentsation” in search. It’s flagship olfactory knowledge feature that will allow users to search for smells features 15 million scentibytes in its Google Aromabase. Wondering what that new car smell really smells like? Google Nose has you covered with descriptions and smells right at your fingertips.

Sony introduced yesterday its new Animalia Line of tech products for pets. With products such as the K( 4K TV, the M3-OW KittyCans and In-Cage Speakers, Sony expects its introductory line of products will entice owners of dogs, cats and hamster who are interested in enjoying media with their furry friends.

Twitter announced yesterday their plans to shift towards a two-tiered service. The first tier “Twttr” is free to the public and almost the same service, but users will only be able to type consonants. The 2nd tier is the Twitter service users and fans have come to know and love, with vowels, at a $5 monthly fee.

“We’re doing this because we believe that by eliminating vowels, we’ll encourage a more efficient and “dense” form of communication. We also see an opportunity to diversify our revenue stream,” said Twitter in an official statement.