Bitmain to build a $500 million data center in Texas 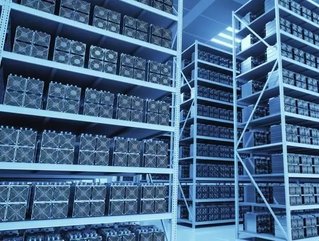 One of the worlds leading Bitcoin mining companies is set ot build a multi-million-dollar blockchain data center, as it continues its expansion into the U.S.

Bitmain announced in a statement this week that it plans to construct a new blockchain data center and cryptocurrency mining facility in Rockdale, Milam County, Texas.

The data center will be part of a $500 million investment into Texas, as the company continues an aggressive North American expansion strategy.

With a construction start date earmarked for early 2019, Bitmain is believed to be targeting a fully operational data center within two years.

The facility will replace an abandoned Alcoa aluminium smelter plant and will represent a key driver of growth in the local economy, promising more than 400 jobs in the first two years.

Bitmain is also believed to hold close to 80% of the global market for bitcoin mining hardware.

The news comes soon after it was reported that the company has stated its intentions to go public with an IPO valued at $14 billion, following a reported $1.1 billion net profit in the first quarter of 2018.

“Bitmain is truly honored to announce this news and is excited to work with local partners, government and stakeholders in realizing this vision, throughout the initial set-up phase, operations and beyond,” said Jeff Stearns, executive vice president and direct of operations for Bitmain’s North America division.