BlackBerry 10 Has Best Launch Ever in BlackBerry History 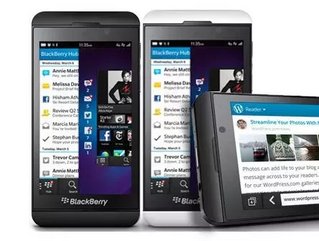 BlackBerry announced today that through the launch of the anticipated BlackBerry 10 smartphone, the company saw its best launch sales day ever in Canada.

“In Canada, yesterday was the best day ever for the first day of a launch of a new BlackBerry smartphone.  In fact, it was more than 50% better than any other launch day in our history in Canada,” said Thorsten Heins, President and CEO of BlackBerry.

“In the UK, we have seen close to three times our best performance ever for the first week of sales for a BlackBerry smartphone,” continued Heins.

BlackBerry did not release any specific figures, but there have been reports of Canadian retail stores that are sold out of the new phone.

BlackBerry released the BlackBerry Z10 in the UK last week and in Canada on February 5th retailing for approximately $149.99.

The US smartphone market is still waiting for the BlackBerry 10 OS to hit shelves, with rumors that it will be available late February or early March. This will be BlackBerry’s true test for its new OS. With the fact that BlackBerry’s reputation fell steadily in the last few years, will the US market be open to accepting them as reputable competition again? If the US follows in Canada and the UK’s footsteps, good things could be coming to the technology giant and its profit margin, something that would be a benefit to the Canadian economy.