Blackberry and Qualcomm to partner on autonomous vehicle technology 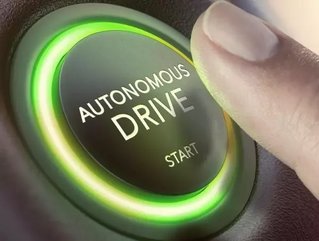 Leading Canadian technology firm Blackberry has announced the expansion of its ongoing partnership with Qualcomm that will see the two companies collaborating on the development of technology for autonomous vehicles.

“BlackBerry and Qualcomm Technologies have had a long-standing relationship for over a decade, collaborating on technologies that have revolutionized the way people live and work,” said Sandeep Chennakeshu, President of BlackBerry Technology Solutions. “Today's announcement elevates our relationship as we aim to accelerate the delivery of the next generation platforms that connected vehicles will rely upon.”

Blackberry will integrate its QNX software with Qualcomm’s hardware platforms that will then be used in several applications including virtual cockpit controllers, cellular vehicle-to-everything (C-V2X) technology and infotainment systems.

“As innovation in the automotive industry accelerates it becomes necessary for industry leaders to work together to deliver leading-edge technology platforms that help to make vehicles safer, more connected, and increasingly autonomous,” said Patrick Little, Senior Vice President and General Manager of Automotive, Qualcomm Technologies. “Today we're building on our longstanding relationship with BlackBerry to develop automotive platforms that will accelerate the industry toward a more connected future.”

Within the new partnership, both Qualcomm and Blackberry have agreed to optimise Blackberry’s over-the-air (OTA) and Secure Credential Management (SCM) services, to be used in autonomous platforms with Qualcomm’s Snapdragon modems.