Is the BlackBerry Leap an item that all executives should carry? 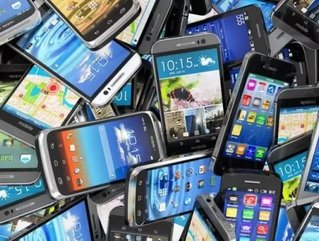 You have a smartphone, right? Let’s face facts: everyone has a smartphone. Well, maybe not everyone, but I think we can all agree on the fact that most people today not only have a cell phone, but a cell phone that is categorized as a “smartphone.”

It doesn’t matter if you currently carry an iPhone or a Droid—a company with a new phone has recently thrown their product into the mix: BlackBerry. Now that the BlackBerry Leap has officially been launched in Canada, a couple of questions come to mind, such as what are the features? And should executives run out and snatch themselves one?

RECENT TOPIC: How important is an online presence for your business?

The important facts first: the BlackBerry Leaps’ new features. According to the company, the device has a five-inch screen and says that the battery will last all day—even if the phone is under heavy use. But past BlackBerry users may find another feature (already) mentioned to be most significant: the touch screen.

That’s right, in an effort to compete with the latest and greatest smartphone models, BlackBerry has ditched their famous physical keyboard and produced the BlackBerry Leap. Based out of Waterloo, Ontario, the company has also priced their phone much cheaper that similar models. But does a cheaper price mean cheaper features?

RECENT TOPIC: How to avoid debt early on and ensure success

Maybe not. BlackBerry has stated that there is a 25-hour battery life, as well as an eight-megapixel camera. Furthermore, the company has stated that the phone will be offered for free for those who sign a two-year contract. Without the contract, the device is available for $349.

While the price of the new BlackBerry may be appealing, it doesn’t mean you need to run out and purchase it. For starters, if you already have a smartphone and you’re happy with it, then why not stick to what you know? However, if you’re one of the select few who doesn’t currently have a smartphone and you’re looking to save a little bit of money, then perhaps the new BlackBerry Leap is the best option for you!